Exotic animals from far off lands provided the inspiration for a sports day with a difference for pupils at a Tipton school. 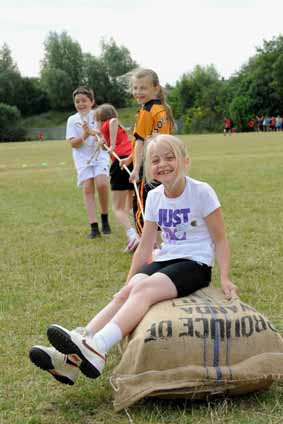 Two hundred and thirty four students from Ocker Hill Junior School took part in Zoolympics, organised by DZG Outreach staff at Tipton Sports Academy.   The event, which marked Science Week at the school, was the culmination of a four-day series of events which saw every pupil attend workshops and Creature Features at the zoo and meet some of their favourite species.   Marketing Manager, Julia Lockett, said:?”There was lots going on throughout the week and all of the pupils were involved. The school’s chosen theme for Science Week was Conservation of Endangered Species and zoo staff laid on a series of educational workshops and visits to Lemur Wood in preparation for the games.   “Presenter Becky Iwahashi also took along a black-and-white ruffed lemur to the school’s assembly and talked about the conservation of this endangered species and also her role at DZG.    “Zoolympics is always a popular event with schools but this is the first time we have performed it off site and we all had a fantastic time, the children really enjoyed it and did so well in the games they all received a medal.”   Challenges included:?Monkey Fling, Kangaroo Bounce, Tiger Force, Ready Steady Flamin-go and  Penguin Waddle. Students learned about agility, accuracy, balance, speed, skill and rhythm. 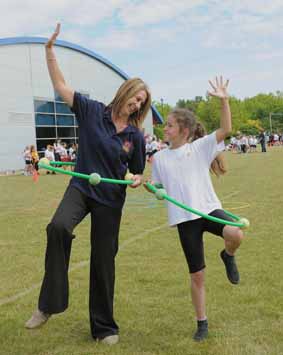