We’ve said a fond farewell to our zoo vet, Peter Stewart, who has retired after a dedicated lifelong career tending to our exotic animals. 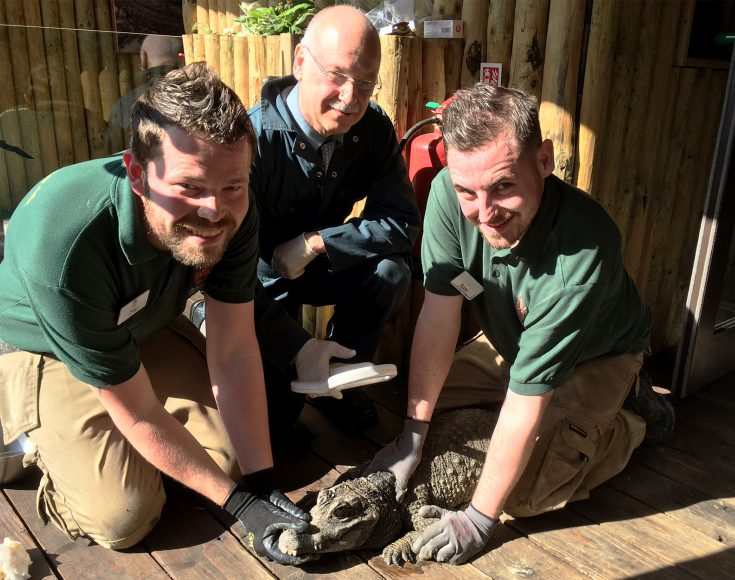 And there can’t be too many vets who can treat a pet rabbit one minute and get an emergency call out to a lion the next, but Peter, of PA Stewart & Associates, has taken it all in his stride and he’s no doubt got plenty of tales to tell!

DZC has a long association with the local veterinary practice, with Peter taking over from his father and former zoo vet, Emile Stewart, in the early eighties. 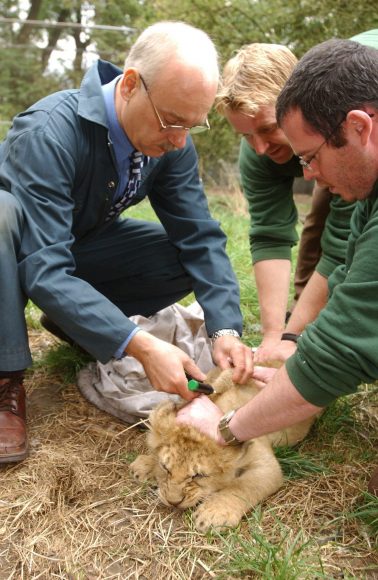 Zoo Director Derek Grove said: “No matter what time of day or night, whether he was on holiday or not, Peter was always on call.

“He may not have received late-night emergencies with a joyous demeanour, but he wouldn’t push them onto another vet and we were always confident Peter would arrive as soon as he possibly could and would do his absolute best for the animal that required his care. 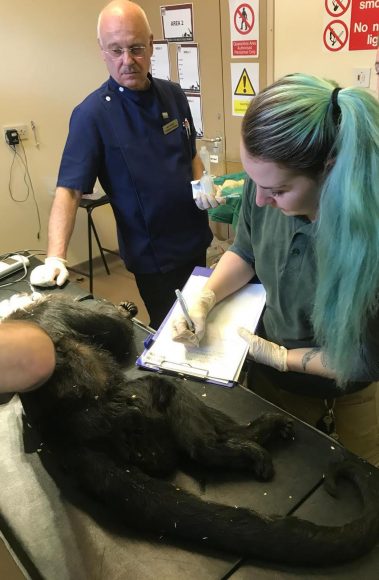 “Like his father, Emile, before him, Peter wasn’t nervous around many animals and his confidence was reassuring to staff, although his frustrations if he couldn’t resolve the problem at hand, or if anyone wasn’t performing to his expectations could be challenging at times!

“His transition from veterinary college to seasoned professional and now retiree seems eons, though in reality time goes so quickly and the zoo’s veterinary care will now be overseen by a new generation at the practice. 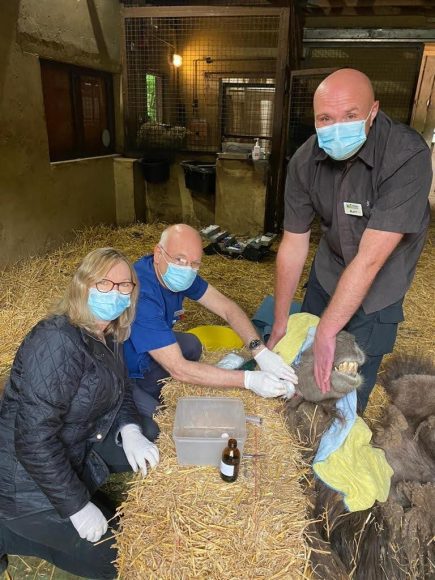 “On behalf of everyone at DZC I would like to thank Peter and his wife Elżbieta, (pictured above) who also worked alongside him, for all their hard work and service they have put in over the years. Peter has stated he intends to keep his hand in veterinary care, but without the burden of the late-night calls and we wish him well in his retirement!”