We’re celebrating Chinese New Year on site today  and who better to help us than our four critically endangered Spider Monkeys. 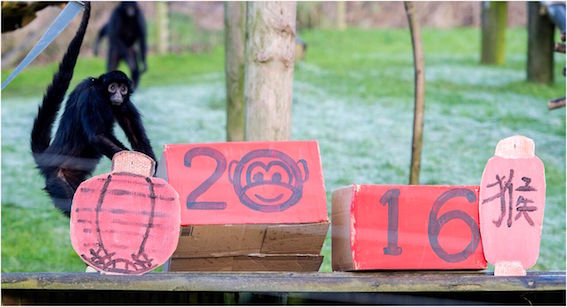 And as it’s the year of the monkey, Valentine, Charlie, Chester and Evita joined in the fun with some themed enrichment boxes filled with tasty treats  although Chester decided he wanted all the boxes to himself and with a snatch and grab he dashed off with them to the top of their enclosure! 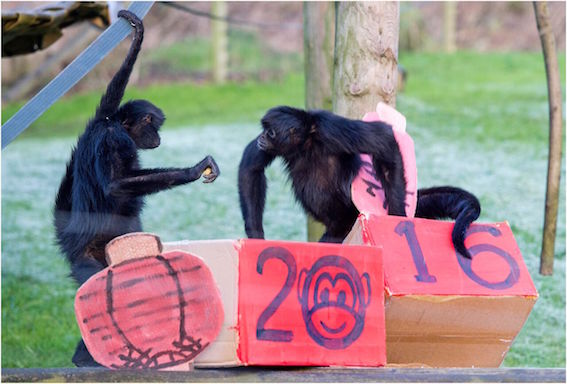 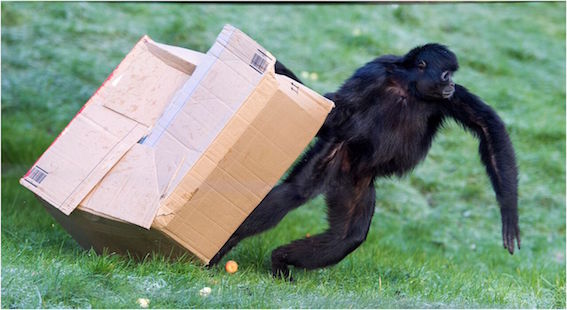 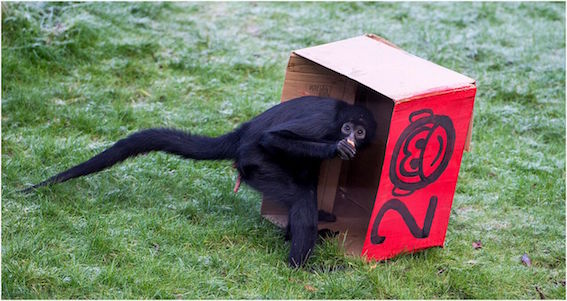 We’ve got a wide variety of primate species here at DZG including monkeys, great apes and prosimians some of which are some of the rarest animals in the world.

Sulawesi crested macaques, black and white ruffed lemurs, yellow breasted capuchins as well as the Colombian black spider monkey are all listed as being critically endangered in the wild on the International Union for the Conservation of Nature (IUCN) Red List of threatened species.

We are also proud to be at the centre of an international conservation programme for the black lemur as holders of the European Endangered Species Programme (EEP) annual studbook, which controls and guides the breeding programme for the threatened small primates.

Come and discover all about our primates during the year of the monkey  and remember if you visit us before the end of February, all full-paying visitors get a free return ticket, valid for six months!

See our spider monkeys disovering their Chinese New Year themed enrichment in the video below.