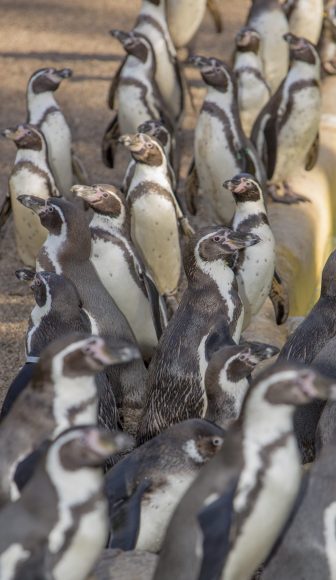 And we’re delighted to have raised £252.91 through our fundraising efforts on Sunday in aid of Sphenisco, which works to protect Humboldt penguins in their native Chile and Peru.

Zoo bosses have also donated the sales of Sunday’s nectar pots in Lorikeet Lookout to the cause, bringing the grand total to £525.91.

During the fundraiser in the castle cou 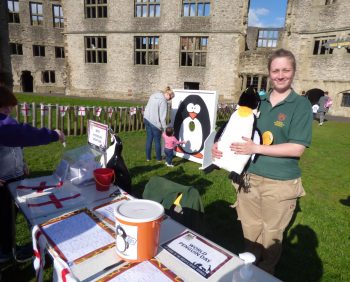 rtyard, bird keepers spoke to thousands of visitors about the plight of penguins and raised funds through a guess the name of a giant cuddly penguin and a feed the penguin game to win an adoption of a newly hatched Humboldt chick.

Birds Section Leader, Nicola Wright, who organised the event, said: “It was great to be able to get our conservation message out to the visitors on site and raise awareness of such an important cause and I was delighted to raise so much money through donations.”

Humboldt penguins face a range of threats including a decline in fish population, which forces them out to remote areas in search for food, marine pollution and the illegal

Find out more about our colony of penguins, one of the largest in the UK, during the daily talk and feed at 3pm.

And why not check out the daily antics of our Penguin Bay residents in our webcam, by CLICKING HERE.

And the winner is…

The name a penguin was ‘Trevor’ and won by Ray, who donated it back to us, so we can re-raffle it and raise even more money for our conservation projects – thanks, Ray!

And the winner of the adopt a penguin is Harry Ratcliffe, who has named one of our newly named Humboldt chicks, Harry! – Well done, an adoption is winging its way to you!