Ungulates keepers endured a mammoth week of wood chipping when they spruced up several of the section’s enclosures in readiness for winter.

A tractor was hired to help transport the massive amounts of woodchip around the site, using it in the tapir, tortoise and babirusa paddocks as well as the bear and tiger enclosures. 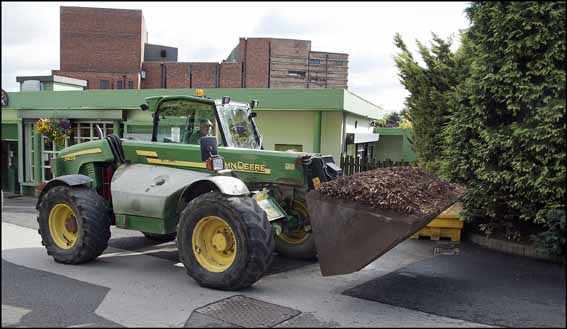 Assistant curator, Richard Brown, said: “Hiring the tractor helped us enormously. We carried out up to four weeks’ work in one week.

“It also meant we could lift the woodchip directly over the fences and into the enclosures, which was a lot quicker and easier than if we had to shift it manually.” 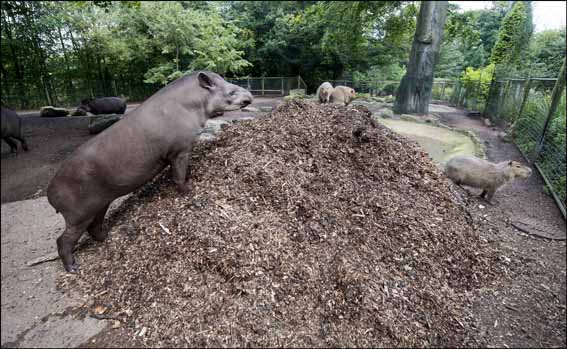 The woodchip is created from trees across DZG’s 40-acre site and offers an inexpensive covering for many enclosures. 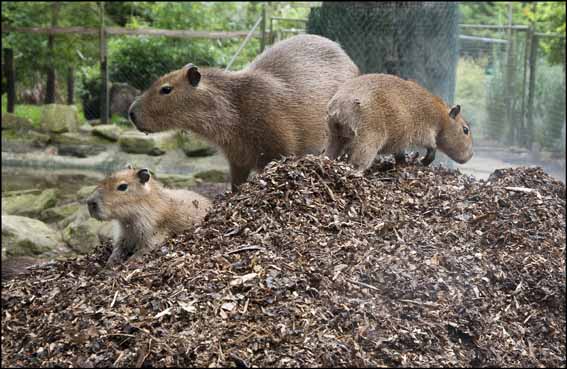 The piles of woodchip also provided a fun game for the tapir and capybara families in the South American paddock, as the tapirs had a great time foraging around in it, while the capybaras decided to climb to the top!

The giraffe house and paddock were also given an overhaul during the week. 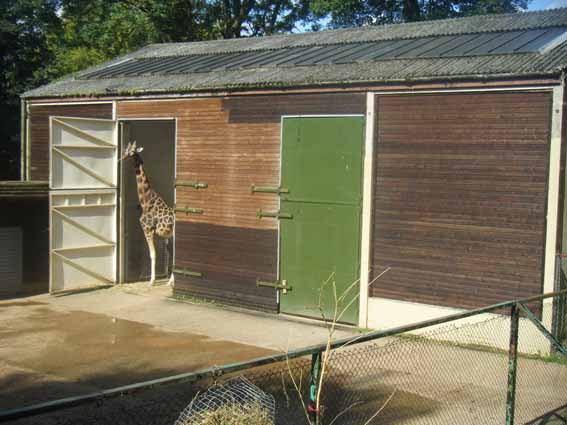 Previous: Back to the 50s
Next: Cope-ing in Texas!