A group of 60 youngsters from a Redditch school turned wildlife detectives during an educational session at DZG. 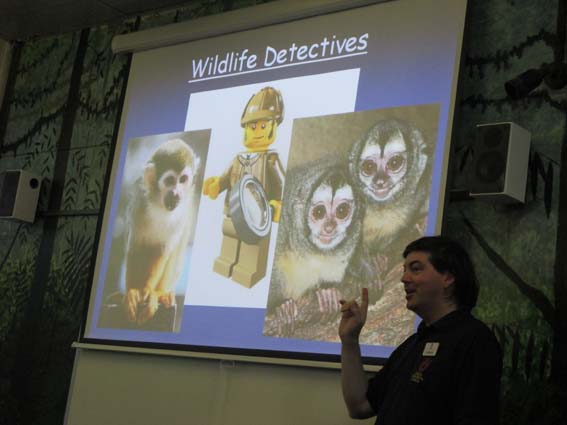 The six and seven-year-olds from Moon’s Moat First School learned about nocturnal animals in the Day and Night workshop in our Discovery Centre. 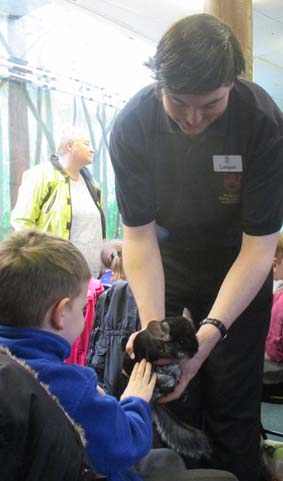 Presenter Langan Turner, pictured right, got them thinking about British nocturnal animals, such as owls, hedgehogs, badgers and foxes.

He said: “The children particularly enjoyed learning about a very clever urban fox in London that uses the Underground escalators as a short cut at night time when there is hardly any people around.”

The pupils got to meet some of our nocturnal animals including Buzz the chinchilla, shown on the right.

Langan said: “They loved his long tail, twitchy whiskers and soft coat. Chinchillas have the softest fur of any animal, with approximately 60-100 hairs per follicle, whereas a human only has one hair per follicle.

“Some of the children said that Buzz felt like a teddy bear, others described him as a blanket, whilst one child said ‘you could barely feel him’.” 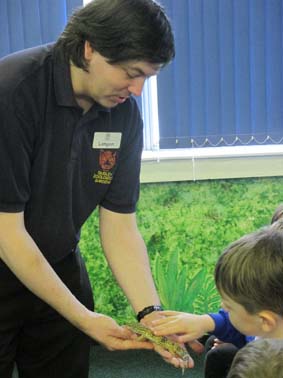 They also got a chance to meet one of our leopard geckos, Yoda, pictured left.

CLICK HERE to explore more about the range of educational sessions delivered at DZG.