Five endangered African wild dogs are making themselves at home after joining the DZ collection. 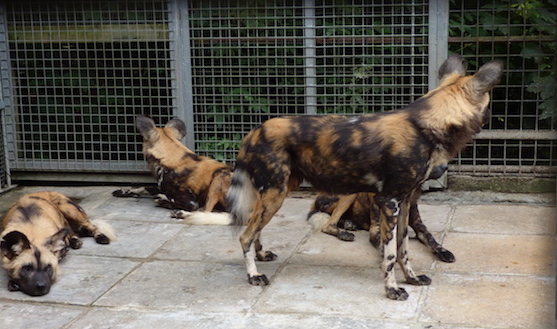 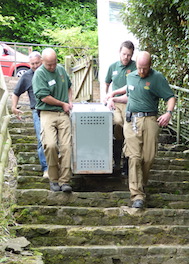 “We put them straight onto the hardstand section of their paddock while they settled in but hope to have them out to explore the rest of it as soon as possible.”

However, the new additions sadly coincide with the death of wild dog, Chicani, who recently died from a tumorous growth on his shoulder, which the 13 year-old had been receiving veterinary treatment for.

The decision was made to euthanise his elderly blind brother Bem, who had also been undergoing long-term veterinary care, as he would not have survived on his own.

Richard added: “African wild dogs are social pack animals and solitary living is extremely rare in the species, which is why we made the difficult, but right decision for that animal as he couldn’t have lived on his own or have been integrated in with the younger pack.

“But African wild dogs have always been popular animals at DZ and it’s great to have a new pack on site.” 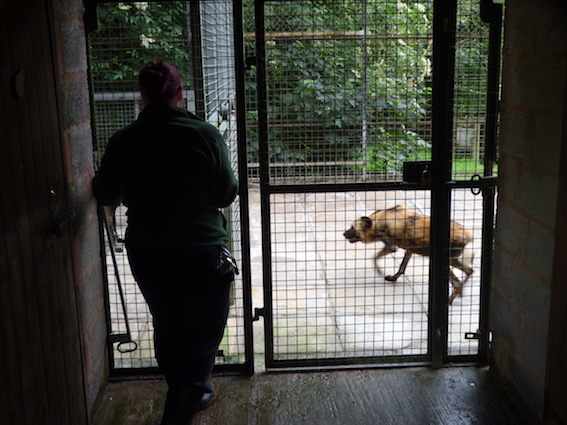 These long-legged canines only have four toes per foot, unlike other dogs.

They’re also know as painted dogs which refers to their irregular, mottled coat and no two dogs have the same markings, which makes it easy to identify individuals.