Charlie the gold and blue macaw found a very special friend in a young DZG visitor. 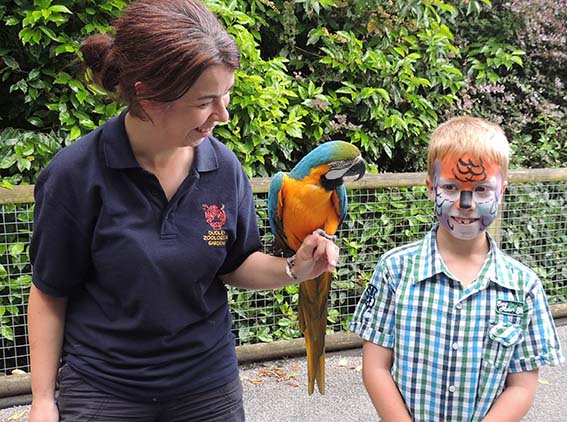 While doing her daily stint in the Go Wild Show, Charlie spotted eight year-old Harley Wilson from Weston-Super-Mare in the audience, who was watching after just having his face painted as a parrot.

Stopping in her tracks Charlie left Presenter Becky Iwahashi and made her way across the theatre’s ropes until she got to Harley and greeted him with a big hello.

Becky said: “I couldn’t get Charlie to do anything in the show as she couldn’t take her eyes of Harley.”

A short while after Becky heard lots of commotion coming from Charlie’s perch and when she investigated she found the parrot had spotted Harley again outside through the window and was desperately trying to get his attention. 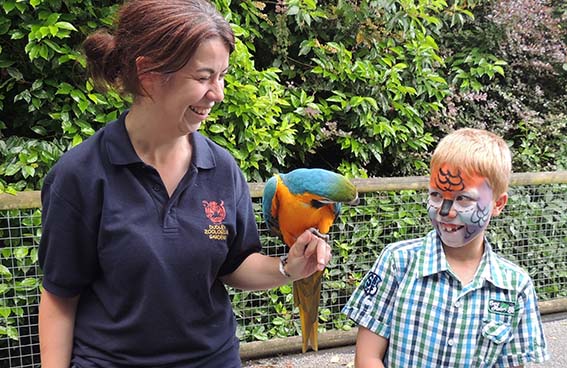 Becky added: “We have lots of children watch the show and visit the Discovery Centre who have their faces painted and Charlie has never reacted like this before.

“She must have thought Harley was actually another parrot! It was very amusing to watch.”