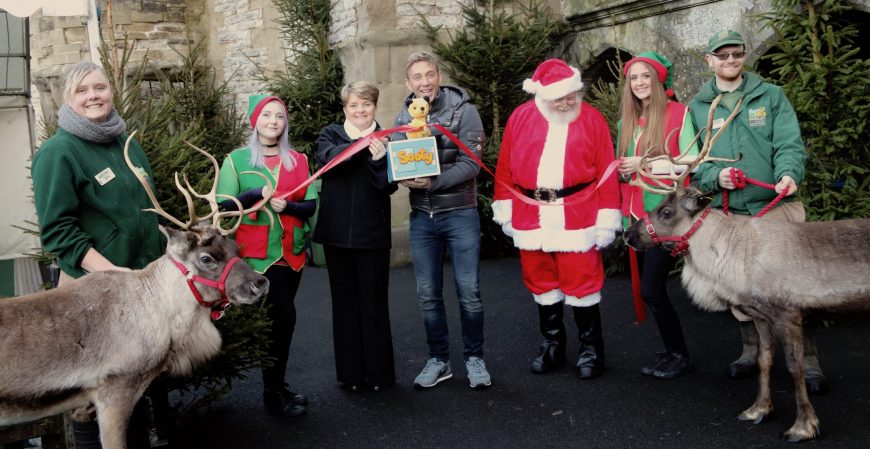 The Wolverhampton Grand Theatre’s panto stars cut the ribbon to the magical grotto inside the 11th century Dudley Castle just before we welcomed almost 300 children from the Midlands-based children’s charity, Mad Hatters, for their annual Christmas party.

Richard and his cuddly sidekick Sooty took time out to help DZG Office Manager Lynne Grove launch the grotto ahead of their appearance in Sleeping Beauty, which opens on December 8. 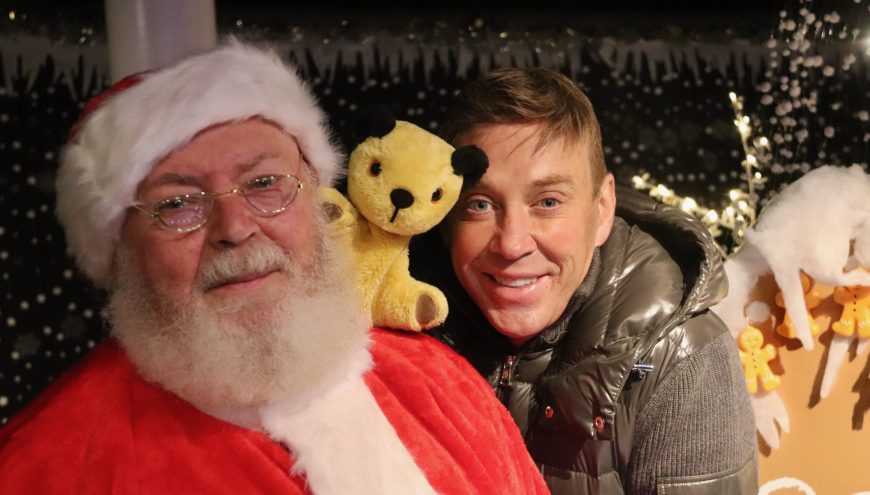 Dudley Zoo is delighted to be the panto’s local partner for another year and Marketing Manager, Andrea Hales, said excitement was building inside the Winter Wonderland where our reindeer were ready to greet grotto visitors.

She said: “We were delighted Sooty and Richard could perform the ribbon-cutting ceremony at the grotto and declare it officially open for everyone coming to see Father Christmas at the zoo.

“Our elves have done an amazing job of creating a sparkling grotto and Santa is looking forward to meeting plenty of young visitors over the next three weeks.”

Alongside Sooty and Richard, the cast includes the lovely Debbie McGee, the former assistant and widow of magician Paul Daniels, and the Queen of the Black Country Doreen Tipton, who returns for a third consecutive pantomime season.

Also back for his third season as the dame is Ian Adams who directs the production too, assisted by Grand Theatre Chief Executive and Artistic Director Adrian Jackson. West End star Oliver Ormson is joined by recording artist Bethan-Wyn Davies and Julie Paton returns to choreograph for a second year and plays the villain.

To make sure you get to see Santa at DZG this Christmas call 01384 215306 to book your timed slot or book online by CLICKING HERE.