DZG’s friendliest lemur Yoda was caught monkeying around after keepers finished preparing the day’s food for our primates. 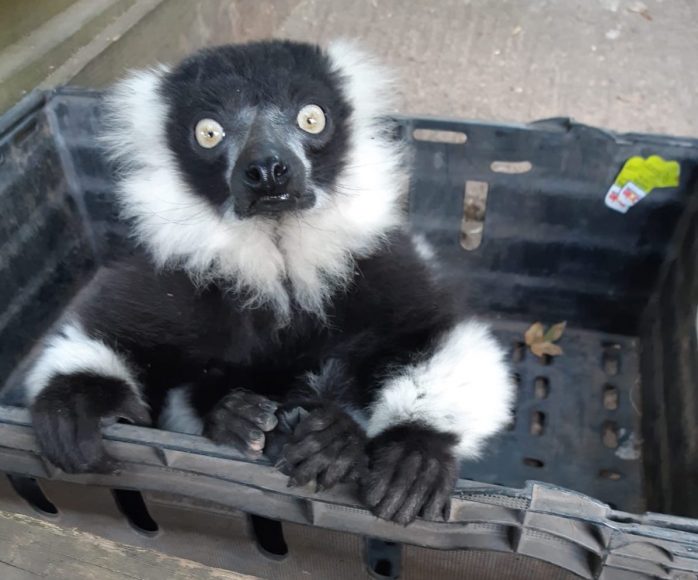 The cheeky 16-year-old black and white ruffed lemur hopped into the empty food crate while their backs were turned chopping up fruit and veg in the kitchen.

And the colourful character, who loves interacting with our visitors, greeted staff with pleading eyes as if to question where the fresh food had gone.

Head of Upper Primates, Pat Stevens, said: “Yoda is without doubt our biggest character in Lemur Wood and if there’s any mischief, he’s normally behind it all.

“When I saw him perched in the empty food crate I couldn’t resist getting a snap. It was as if he was saying ‘well the food crate has been brought up but where’s the food gone?’ and he made me chuckle.”

The troublesome primate hit the DZG headlines a few years ago too when he managed to work out how to open one of the exhibit’s gates and got into the holding area just before the exit door.

Staff quickly installed lemur-proof locks to keep Yoda inside the one-acre walkthrough exhibit he shares with around 30 other lemurs.

Previous: Talking rubbish!
Next: Bubbles nose what he likes!