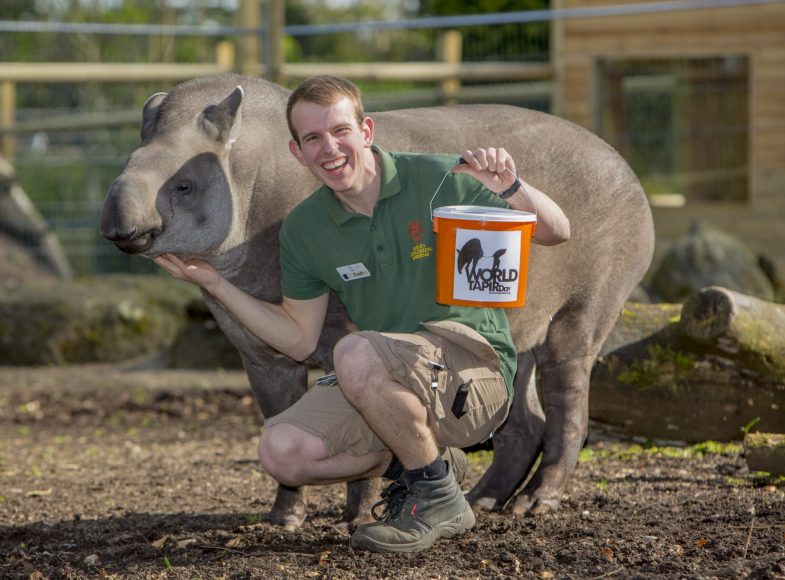 Leading DZG’s celebrations are Brazilian tapirs, Meena and Chico, who are both 14 years-old and some of our most popular animals on site, because of their gentle nature and love of fuss!

And to mark the occasion, we’re raising money for World Land Trust, by offering Saturday and Sunday zoo visitors a chance to tickle our tapirs.

“Tapirs are an herbivorous species and live in jungle and forest regions of South America, Central America and South East Asia so they’re usually among the first species affected by human activity including deforestation, road building, agriculture and mining.

“Come and learn more about tapirs and their threats during an additional talk outside the South American paddock at 11.30am on both days over the weekend.

“Staff will also be selling raffle tickets for the chance to win the close encounter with Meena and Chico, who love meeting visitors and having a tickle.

“We’ll be drawing the winners at 3pm each day and you could also win a cuddly tapir toy, worth £16.99, in our guess the name competition too.”