DZG?Presenter Caroline Howard has received a top title for her studies.

Caroline is British and Irish Association of Zoos and Aquarium’s (BIAZA) Joint Student of the Year for her Diploma in the Management of Zoo and Aquarium Animals (DMZAA) studies. 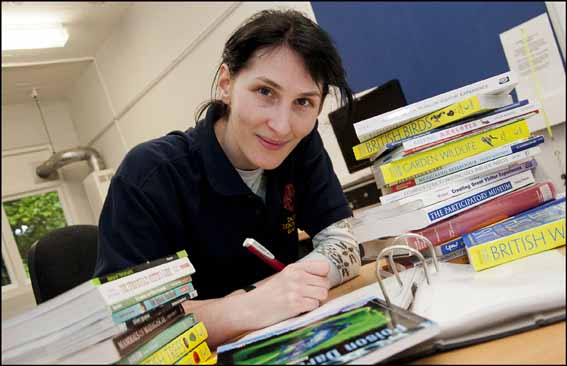 Caroline, who shares her title with Katie Webster, from Woburn Safari Park, explained:?”I started my course in 2010 at Lakeland Wildlife Oasis and then moved to DZG where I completed it this year.   “My Special Study was on the impact of handling cockroaches on learning in classroom sessions and involved taking them into schools to teach students from ages 7 – 16 all about cockroaches and conservation.   She added: “I’m delighted to have achieved the BIAZA award. The DMZAA is a fantastic qualification, especially as it’s done in work and has a big practical element.    “I couldn’t have done it without a lot of help from all of my colleagues, and of course Regional Co-ordinator Dr David Beeston and the brilliant library at DZG.”   The prize is awarded for the best results over the two years of study, in which Caroline and Katie achieved 16  distinctions and one merit overall. They received their prizes last night at the annual BIAZA awards evening at West Midlands Safari Park.   Regional Co-ordinator Dr David Beeston said:?”Caroline worked hard to achieve her excellent results and thoroughly deserves her share of the Student of the Year Award.”   DZG?CEO?Peter Suddock said:?”We are very proud of Caroline’s achievements, which are made all the more remarkable when you realise these studies were done in her own time.   She moved from Cumbria to Dudley and settled into a demanding new job within our education department while completing these studies which shows immense commitment and determination.”   He added:?”She is an inspiration to fellow DZG?students and is already involved in their mentoring.”   Caroline follows in the footsteps of DZG Assistant Curator Richard Brown who took the same title in 2006. The course, which is run in conjunction with Sparsholt College, in Hampshire, was introduced in 2004 and pioneered at DZG.

Completed studies mean more time for Caroline to pursue her passion for Native Species. We follow the release of her Fen raft spiders, one of the UK’s rarest and most spectacular arachnids . . . 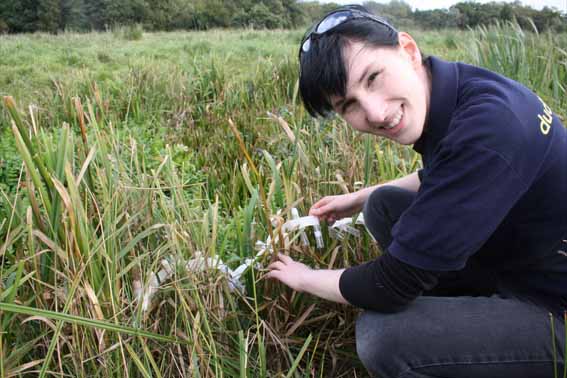 A?two-month project saw DZG?join nine other zoos across the country acting as foster parents for 2450 Fen raft spiderlings.   The programme charted their progress until they wer