There was grrrreat excitement yesterday afternoon as staff took delivery of a young male Sumatran tiger from Germany as part of a major international conservation programme for this critically endangered species. 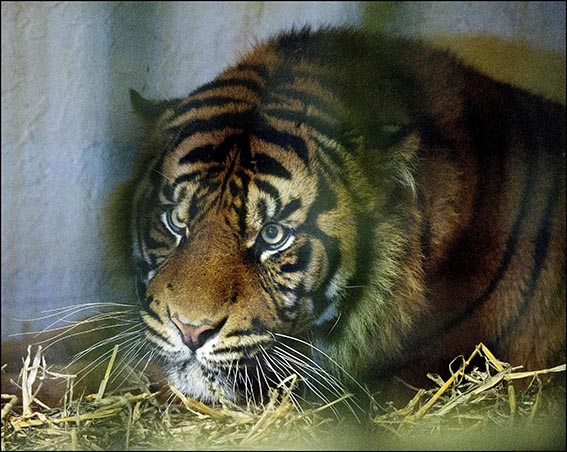 The new arrival,  20-month-old Joao (pronounced ZHOW), joined the Midlands collection’s three-year-old Daseep, who is ranked as the world’s second most important female in the genetic pool for this rare sub-species which now numbers fewer than 400 in the wild. 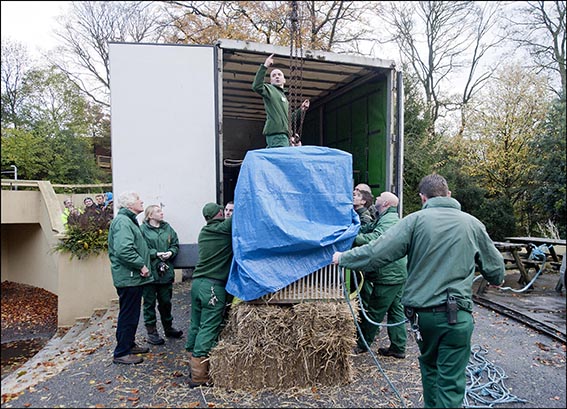 Joao’s translocation, via land and sea fromKrefeld Zoo, posed a challenge for DZG keepers who used a crane to move the big cat into the Modernist Triple Tecton enclosure on the site’s upper level. 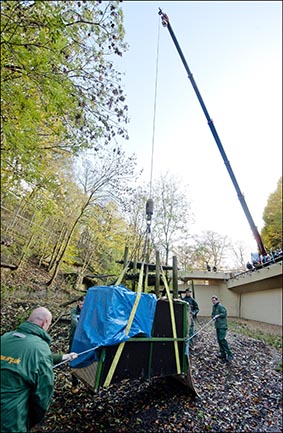 DZG CEO, Peter Suddock, said: “The big cat Tecton enclosure is a tricky one to negotiate and we used a crane to manoeuvre the tiger into the building.    “Not only does this make the transfer easier, but it also eliminates the need to anaesthetise Joao and meant we could introduce him to the internal dens immediately and get him settled.   “It sounds a difficult move but it’s something we’ve done since the zoo opened in 1937 and although it looks complicated, it’s fairly straightforward and ensures Joao was in his new home and set to meet Daseep as soon as possible. ”   DZG holds an impressive breeding record for Sumatran tigers; eight cubs born at the Castle Hill site between 2000 and 2005 increased the world population of this incredible sub-species by two per cent and went on to boost programmes across the world.   Assistant Curator, Richard Brown, said: “We are all delighted and relieved that Joao is here at last. He is a superb tiger and has already started communicating with the female through vocalisation. We are very hopeful he will settle in over the weekend and be out in the external enclosure to meet the public very soon.” 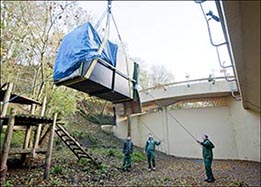 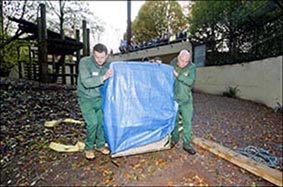 Registrar and Research Co-ordinator, Dr David Beeston, said: “Since our female Sumatran tiger, Daseep, arrived from Wuppertal Zoo, in Germany, in February 2012,  the search has been on to find a suitable mate.    “With the help of the European Endangered Species Co-ordinator and the ISIS global animal database we eventually found an ideal match for Daseep in Joao. We hope that these genetically important animals will soon breed and boost the numbers in the important European breeding population for this highly endangered species.   “There are now more tiger rugs in the world than tigers in the wild and with habitat destruction and hunting for body parts for use in medicines showing no signs of slowing, the captive population provides an important safety net against extinction.”   Joao will be held off-show to the public until next week to allow vet

Previous: Leaflet learning
Next: Perfect place for a Princess