DZG’s first ever gelada baboon female has a pretty new name – thanks to our Facebook fans! 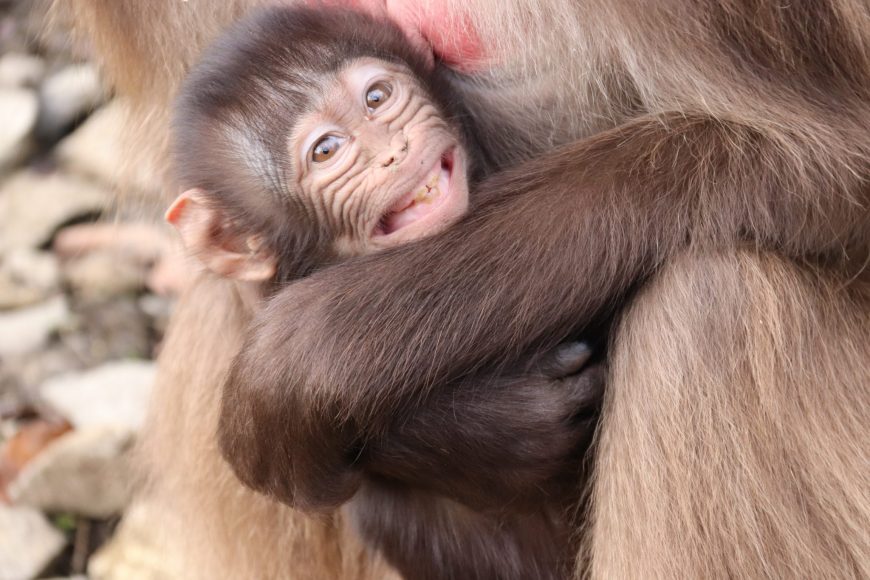 We invited our followers to pick their favourite name from a choice of three and we’re delighted to reveal she’s now called Kadida.

More than 400 people joined in the Facebook poll with Kadida taking more than half the votes. Just over 150 animal lovers liked Tullu and the third option of Amhara reached 57 votes.

Senior Keeper Jodie Dryden said: “It was lovely to receive so many votes from followers and we’re delighted with the name, which is of African origin. We’re already using it and are even calling her Dida for short!

“Her cheeky little personality is starting to come out and our latest smiley shot of her shows she’s got six teeth.

“She has two teeth at the top and four at the bottom and she’s even attempting to tuck in to some hard veg.”

Part of a European Endangered Species Programme, we now have a total of five babies in our Baboons on the Bank exhibit who have been born here since 2014 – Billie, Ambo, Gimbi, Dendi and our new little girl Kadida, who arrived on January 25.

Dad to all five youngsters is Ebano, while our three mums are Tana, Addis and Jimma.

Thanks to everyone who voted – The name is as cute as Kadida!