We had a BIG delivery at DZC yesterday as a male Bornean orangutan arrived from Denmark as part of an international conservation programme for the critically endangered species.

We’re incredibly excited to welcome 33-year-old Djimat (pronounced Ji-met) who has been recommended by the EAZA (European Association of Zoos and Aquaria) studbook keeper as a genetically viable male for females Jazz, aged 29, and ten-year-old Sprout.

Djimat has joined the collection from Aalborg Zoo and is one of the UK’s first great ape imports since Brexit, arriving in the Midlands after a 30-hour journey via Germany, The Netherlands, Belgium and France. 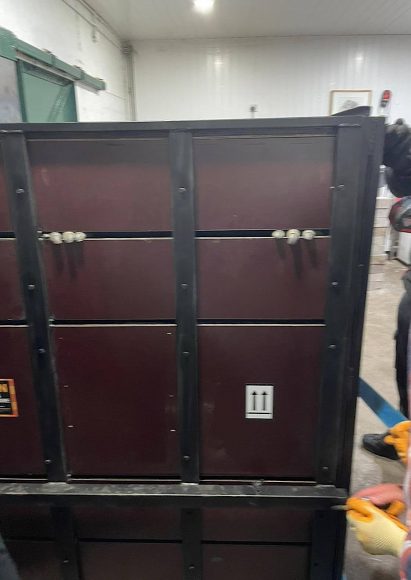 Zoo Director Derek Grove, said: “It’s been a number of years since we last transferred a great ape in to DZC and we’ve had to work around a lot of new international travel restrictions and limitations brought about by not only Brexit, but also a global pandemic and we’re delighted and relieved to finally have Djimat here with us.

“He’s a magnificent looking male, who has previously sired young and we’re hopeful he, Jazz and Sprout will form a successful breeding group for a number of years to come.” 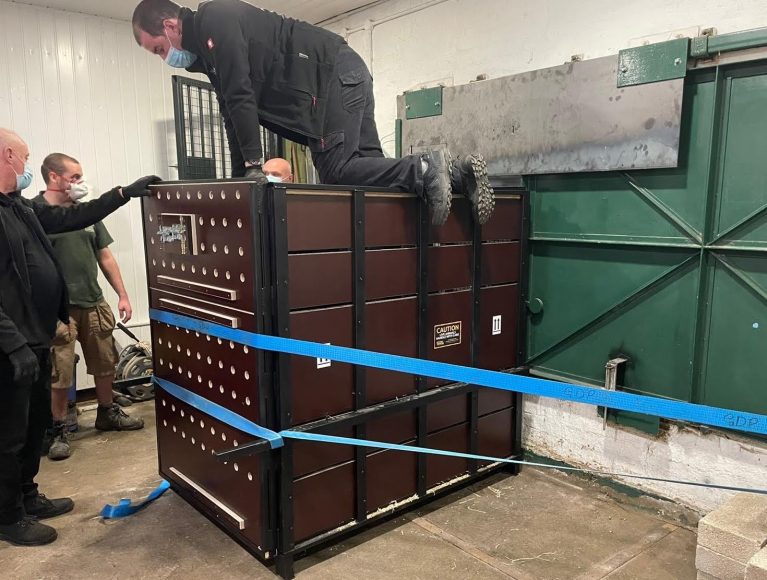 Djimat’s arrival comes in the midst of the ongoing build of our new outdoor orangutan enclosure, which we hope to complete by spring. Work is then scheduled to begin on the renovation of their current outdoor area in 2024 as part of the zoo’s continuing development plans.

Derek added: “Our preference would have been to have welcomed Djimat once the new outdoor area was finished, but Aalborg Zoo needed to move him quickly to enable a refurbishment of their own enclosure, so we were happy to oblige.” 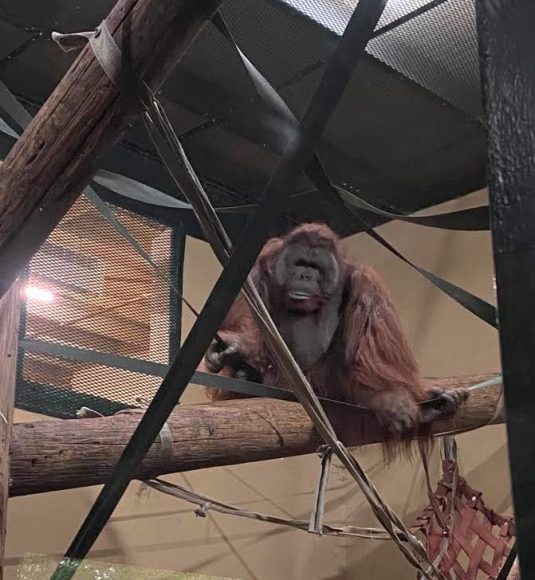 In preparation for his arrival, two senior DZC keepers, Sian-Leigh Simner and Deb Pittaway, flew out to Denmark last month to meet Djimat and spend time finding out about his routines and favourite foods from his Aalborg Zoo keepers.

Upper Primates Senior Keeper Sian-Leigh Simner said: “It was a really worthwhile visit, not just for us to learn more about Djimat, but it was also important he had familiar faces he could recognise for his arrival here. 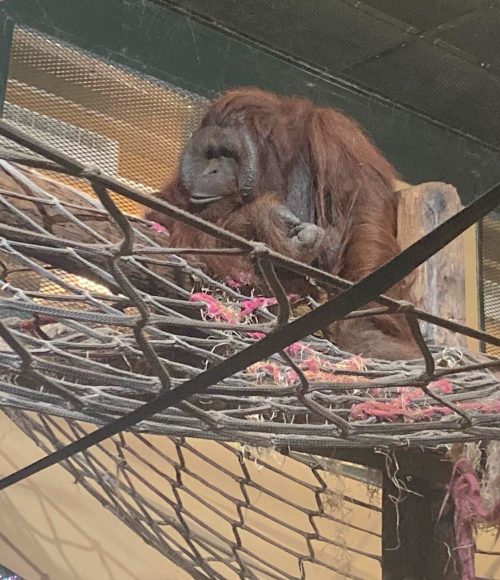 “We met three of his keepers who went through his daily routine and he seems like a very laid-back orangutan, who we’re looking forward to getting to know better.”

As well as the two females, we also house 43-year-old male, Benji, who unfortunately has never produced offspring and prefers the bachelor lifestyle instead!

Listed as critically endangered on the IUCN Red List, Bornean orangutans are rapidly dwindling in number mainly due to the destruction of their native rainforests for palm oil plantations, which is why breeding programmes are vital in providing a sustainable captive population to serve as a safety net against their extinction.