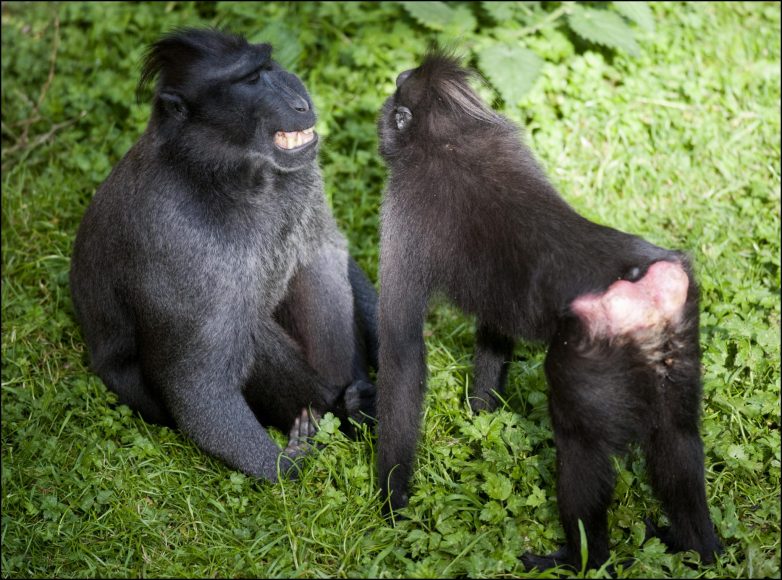 Here at DZG we hold critically endangered Sulawesi-crested macaques – a species threatened by extensive habitat loss due to farming and deforestation in their native Sulawesi in Indonesia, as well as the illegal bush meat trade and the pet trade.

And it’s been a year since Senior Primates Keeper, Jodie Dryden, spent three weeks in Indonesia working to save her favourite monkey species as part of Selamatkan Yaki, a conservation project we’re proud to support. 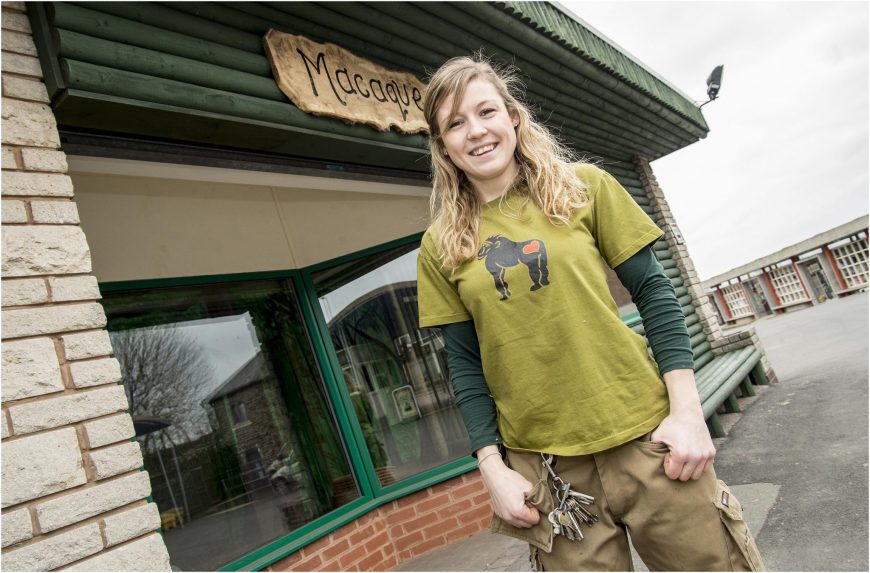 Jodie, who is a Yaki ambassador and the UK Regional Co-ordinator at Selamatkan Yaki, said: “I can’t believe it’s been a whole year since I was there. I had a brilliant time and seeing macaques in their natural habitat is something that will remain with me forever.”

While there, Jodie followed a macaque group of more than 80, watching them for hours as they made their way through the reserve.

She said: “They were a variety of ages, from dominant males walking proudly to new infants suckling from their mothers. I loved the feeling of seeing them in the reserve and the sound of them all vocalising together.” 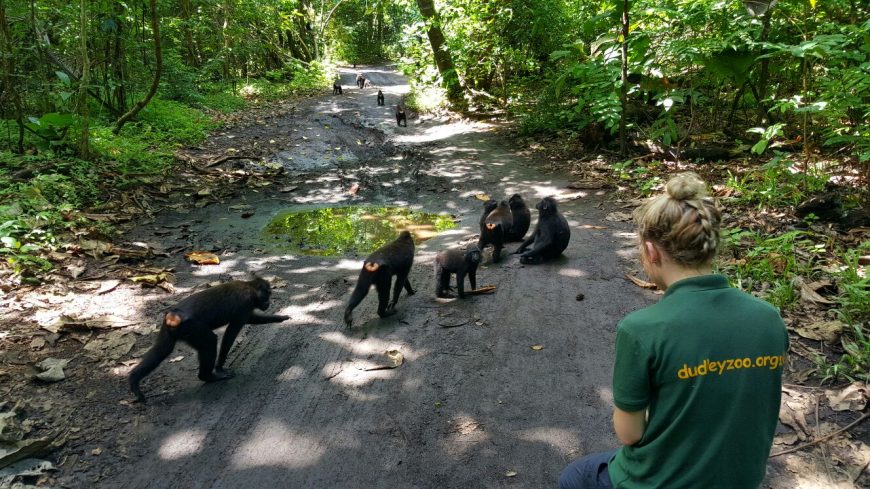 Another highlight for the keeper was meeting with fellow macaque ambassador and the First Lady of Bitung, Mayor’s wife, Ibu Khoni, who wanted to meet with Jodie after hearing about her visit – and Jodie also met up with her again last week during a UK gathering of the Selamatkan Yaki team at Paignton Zoo.

The education, awareness and research work that Selamatkan Yaki undertakes is vital, as shockingly species numbers have reduced by 90 per cent over the last three decades.

During her trip Jodie presented the reserve guides with 30 head torches, which had been purchased by DZG, to aid them in their daily work to track the macaques at night. 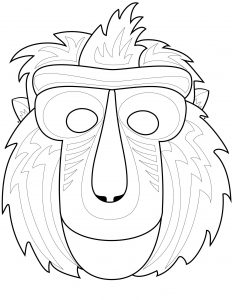 pted the torches to shine a red light, rather than white as this is less harmful to the animals’ eyes – particularly the tarsiers who inhabit the reserve with the macaques and the rangers were extremely grateful for the gift, shaking my hand in gratitude.”

Here in the UK, Jodie who is also the co-chair of the BIAZA (British and Irish Association of Zoos and Aquariams) Primate Focus Group, continues to raise awareness about the plight of macaques and the work of Selamatkan Yaki with fellow zoo keepers throughout the UK, plus caring for our seven Sulawesi crested macaques – Poppy, Sophie, Jasmine, Simon, Stanley, Steve and Summer.

Sulawesi crested macaques, also known as Celebes macaques, are striking in appearance with their jet-black hair, distinctive pink heart shaped bottoms and a large mohawk on top of their head!

Show your support for macaques by downloading and designing your own macaque mask by CLICKING HERE.