Get ready to see DZG on TV from tomorrow as were set to feature in a ten-part series about our endangered creatures. 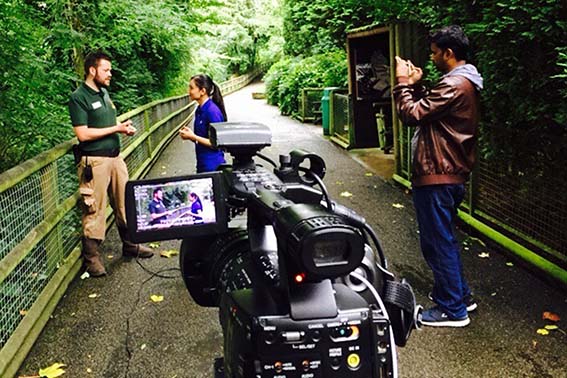 The episodes will run for ten minutes every Friday on the Sikh Channel (Sky 829) during the breakfast show between 7.40am  8am.

And Ungulates Section Leader Jay Haywood and Curator Richard Brown will be live on the show tomorrow morning to tell viewers all about DZG life!

Shot on site over two days in September, a presenter and three crew filmed a variety of animals including Asiatic lions, Sumatran tigers, penguins, black howler monkeys, snow leopards, baboons, peafowl, great grey owls, giraffes and African wild dogs as well as interviewing keepers about how our animals are looked after, their natural habitats, life span and their conservation status in the wild.

The show can also be watched on the stations website  www.sikhchannel.tv – as well as on iOS and Android phone apps.

Zoo Manager, Matt Lewis, said: It was a pleasure to welcome the team on site and we look forward to watching the series.

To watch a promo video about the show, CLICK HERE