When a stray carrot ended up in the moat during a scatter feed, Bornean orangutan, Jazz, was determined not to let any food go to waste

The clever great ape discovered she could probably fish it out of the water if she had a rod, as her arm wasn’t long enough to reach the tempting vegetable. 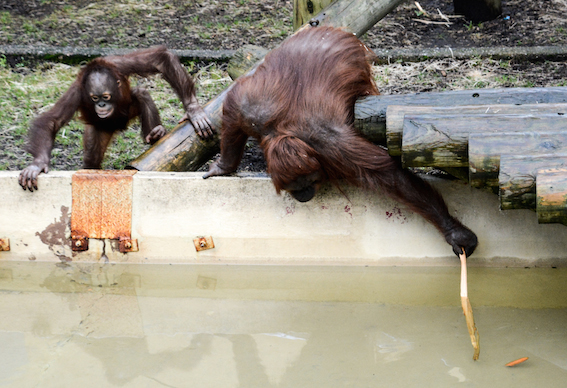 Stumbling on a wooden branch, which keepers had added into her enclosure as enrichment, Jazz moved to the water’s edge and then slowly tapped the carrot towards her  as these wonderful photographs by zoo member Steve Weaver show. 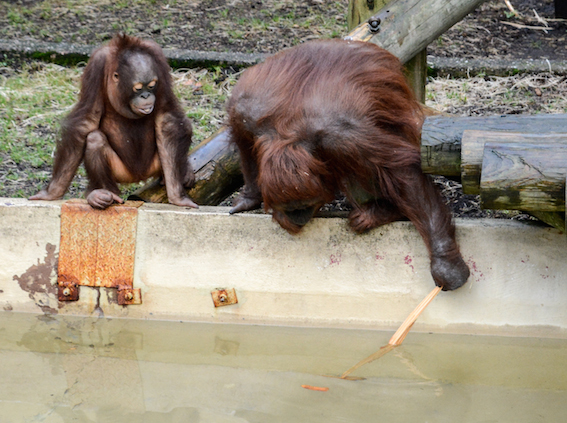 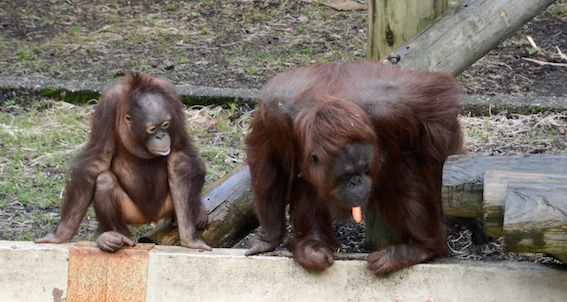 The 24 year-old’s determination paid off though, as she quickly managed to retrieve the tasty treat, which she then proceeded to eat all herself, much to the annoyance of five-year-old daughter, Sprout, who by the looks of Steve’s photo below, wasn’t best pleased she didn’t get a bite too! 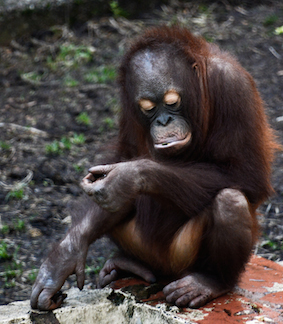 DZG Curator Richard Brown, said: “Jazz is quite greedy and so there was no way she would have let that carrot go to waste.

“But it would have been great enrichment for her, as she would have had to work out how to get it and taken her time to achieve her goal.

“It was also good that Sprout watched it all, as that’s how young orangutans learn how to behave, by copying their mothers, so if it happens again, Sprout may get to it first and beat Jazz to get the next carrot.”

We’ll be raising awareness of these magnificent great apes and funds for the Orangutan Foundation, a UK-based charity which is working to conserve the threatened orangutan and its native tropical forests of Borneo and Sumatra.