Poorly primates at DZG now have a bespoke convalescence bay thanks to the handiwork of two volunteers. 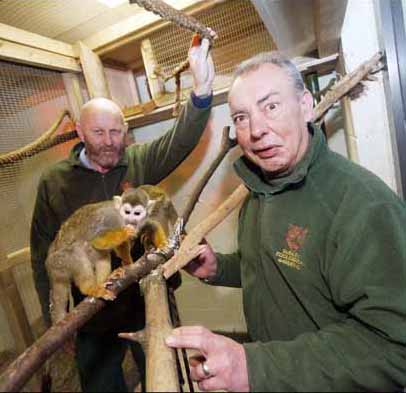 Geoff Benbow, from West Bromwich, and Rob Jurczenko, from Tipton, have been putting their carpentry skills to good use at DZG for the past two years.
Their latest contribution, the conversion of office space within Monkey Tails rainforest experience, took two months to complete and will enable staff to keep a close eye on any monkeys who are sick.
DZGs Team Leader for Lower Primates, Nicola Wright, said: We are very grateful to Geoff and Rob as the new areas are situated right by the staff room, which means we can keep a closer eye on any poorly animals.
We will be able to keep a constant watch over them and they will also benefit from the extra social interaction.
Small primates based at the walkthrough enclosure include squirrel monkeys, saki monkeys and emperor tamarins. 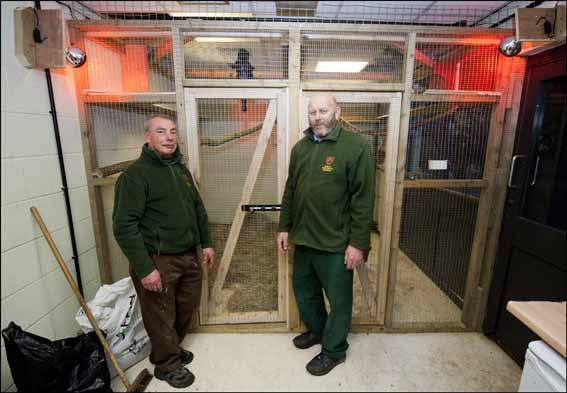 Caption: Volunteer carpenters Geoff Benbow, from West Bromwich (left) and Rob Jurczenko, from Tipton, with the primates’ convalescence bay they have constructed at DZG.