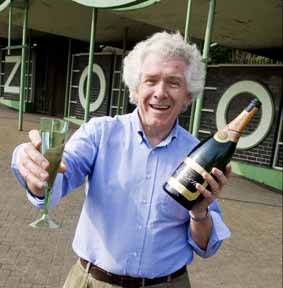 The figures are good across the past three months, not just the last few warm days, which we believe is due to an increased presence on our website and daily news update, plus the arrival of two highly endangered tigers which created massive interest.

Mr Suddock added:?We have had a wonderful start to 2012 and with Easter just around the corner we look set for a marvellous 75th anniversary year.

Anniversary plans for the site include Penguin Bay, a walkthrough enclosure offering visitors a chance to get close to the zoos 70-strong group of rare Humboldt penguins  the largest colony in the UK.

The attraction is due to launch May 6, the date the zoo opened to the public in 1937.

Also on the list is the restoration of the 1958 chairlift  one of the oldest in the country.
Work will begin in May with midsummer completion and offer visitors a view from the air of some of the rarest animals in the world.

Mr Suddock added: Its going to be a brilliant year; not only is it our 75th anniversary, well also be finalising plans for the new entrance, retail complex and Tecton interpretation centre, there are wonderful additions to the animal collection and, of course, the chairlift will be restored, so theres a lot to celebrate.