It’s up, up and away again for our vintage chairlift, which is flying back into action this weekend after having a new rope fitted. 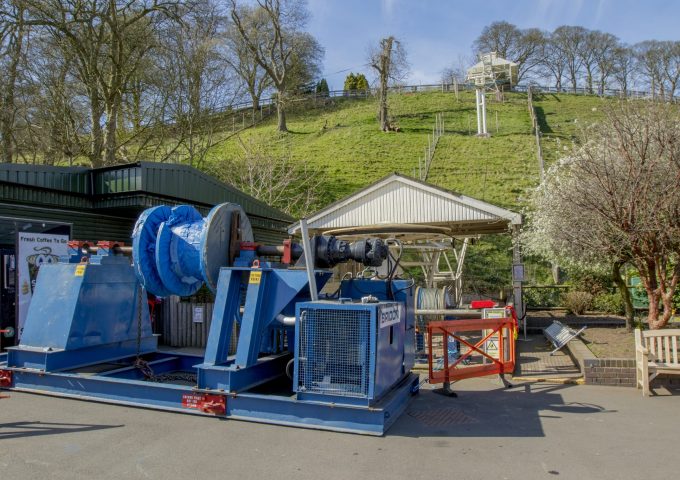 Experts have spent the last week on site replacing more than 180 metres of engineered steel rope, which holds the aerial ride’s 41 chairs.

Zoo Manager, Matt Lewis, said: “It was a meticulous process which involved a five tonne winch rolling off the old rope while replacing it with the new.

“It’s specialist cable, which is also used for ski lifts and mine shafts and will last us for ten years.” 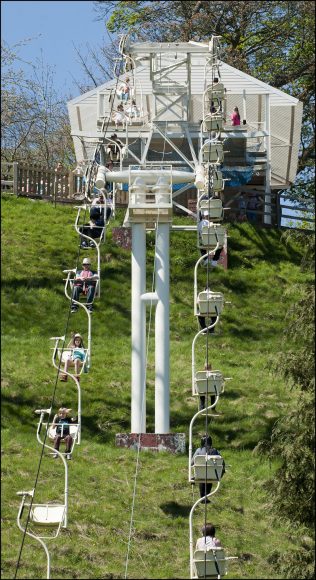 The chairlift, which has been grounded over winter has successfully passed its annual rigorous testing by independent assessors who have given us the green light for lift off, just in time for our Easter visitors.

Since relaunching the two-minute ride in 2012 following Heritage Lottery funding, thousands of height-compatible visitors have enjoyed the panoramic views of the Midlands, as they soar from the lower zoo to the site’s upper section over our breeding group of gelada baboons and Sulawesi crested macaques.