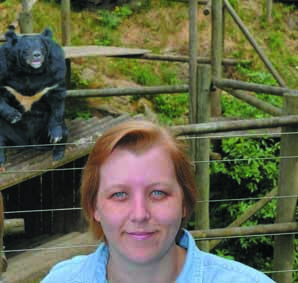 Store representative Anna Marie Grosvenor-Knock called into the zoo offices to hand over £175 that had been raised in the last 12 months via in-store name the bear competitions, Merry Hill’s Big Bear Bash and at DZGs Under-5s days.

Anne-Marie also purchased a childs annual membership and a penguin adoption to be used as competition prizes  to raise more money for us!

A big thanks from all of us at DZG?for your un-BEAR-lievable generosity!