Our gorgeous chimps went ape for an adorable album of baby snaps made to mark their two decades at Dudley Zoo. 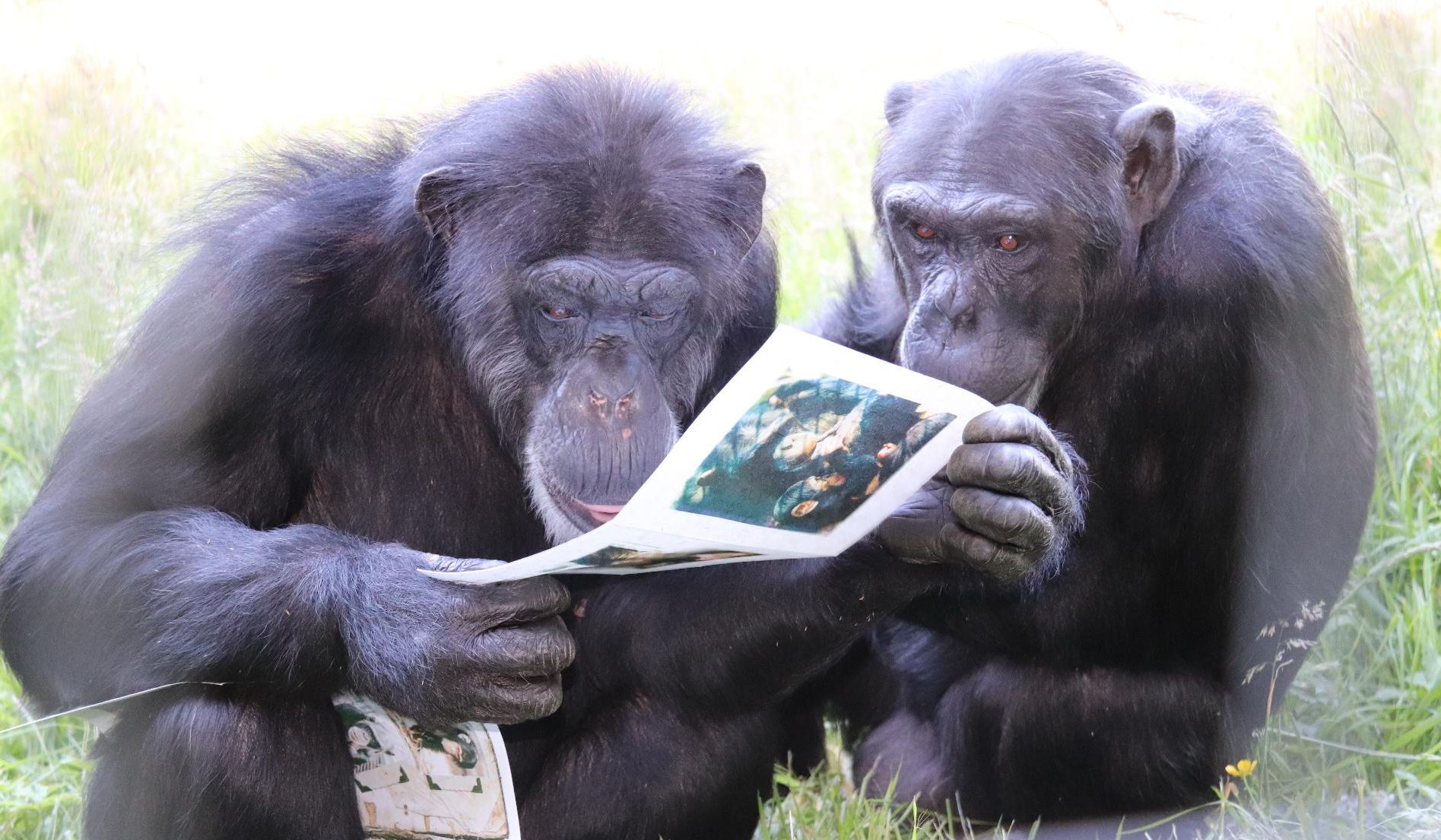 To mark the milestone, our primate keepers tracked down the chimps’ mother and baby pictures from former keepers in London and made a charming album for the girls to flick through.

Senior Primate Keeper Jodie Dryden, who took the superb shots of the chimps leafing through the photos, said: “It was just fabulous to watch the girls starring at their younger selves. They were captivated, just totally fascinated.

“We are very grateful to the former keepers from London for sending the photos to us. The keepers still come to visit the girls and will be thrilled to see the brilliant reaction the pictures received.”

The Lower Primates team at DZG is made up of Jodie, who took over the section in January 2017, Stacey Evans, who has worked with the chimps for eight years, Harley Hunt, who has done five years with them, Jade Reddall, who has been on the section for two and half years, and our new keeper Steph Bignell, who has not started working with the chimps just yet.

The seven chimps arrived at Dudley Zoo in June 1998 along with two other females who were later sent to Flamingo Land in Yorkshire. Fanny is our oldest ape at 44 and Banika is the baby of the bunch at 23. Malaika, Mali, Banika and Binti share the same dad, Johnny, who is still at London Zoo.

Jodie added: “All our chimps have their own personalities and it’s an absolute pleasure to work with them. They can be mischievous and devilish at times but they have a loving side that has the ability to cheer you up in an instant.”

Girls, we love having you at Dudley!

Previous: Under fives fiesta
Next: Kriss is a high flyer