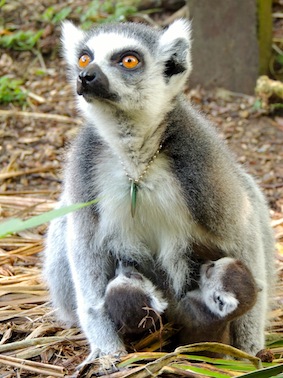 We’re celebrating at the double in the  Small Primate House after ring-tailed lemur, Phoebe gave birth to twins!

The youngsters were born on August 21 and join dad, Frank and siblings, older brother twins Nelly and Kelly, big brother, Spock and big sister, Freya in the mixed lemur exhibit.

Phoebe is a very experienced mum as this is her sixth litter and is very calm with them, but I have noticed Phoebes oldest daughter, Freya, sometimes helps carry one of the babies around this time, although Phoebe wont let them stray away from under her watchful eye.

Keepers will have to wait a few weeks until they are able to sex and name the newborns, as baby lemurs typically cling to their mums for at least 12 weeks. 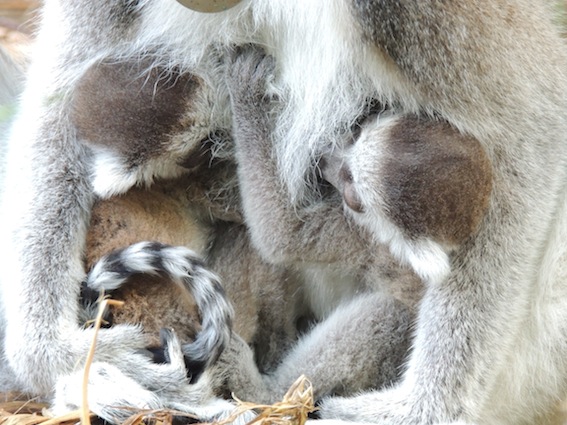