Everyone at DZG has been saddened by his departure, but we were totally unprepared for the Facebook posts we received  more than 230 tributes to the aquatic heavyweight who touched visitors’ hearts and attracted adopters by the dozen.

Snippets from his early days on the Isle of Man, stories from doting young fans and many, many special messages have prompted more than a few tears from Team DZG.

Thank you SO much for all your kind words. 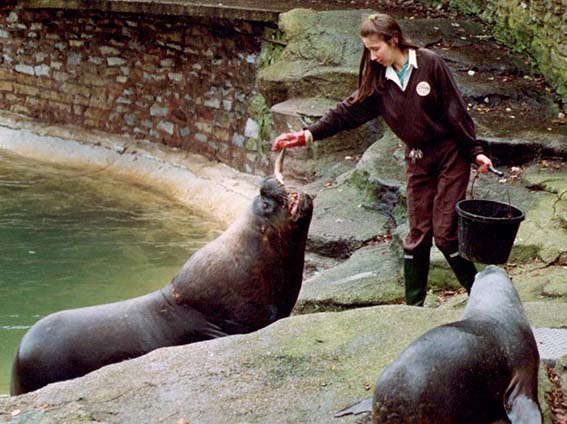 We’d like to share a mid-1990s pic from our Archives of Senior Keeper Les Lewis  then a trainee  with a newly-arrived Orry in DZG’s moat pools.