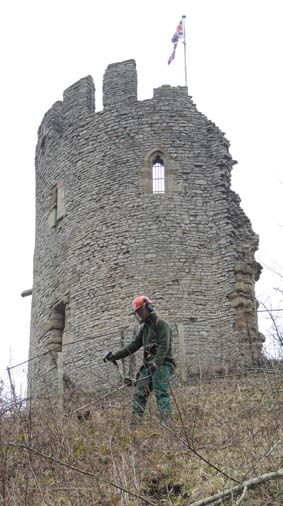 DZGs flock of 25 Barbary sheep were first in line to get munching on tree branches cut down from around the 11th century Dudley Castle at the heart of the zoo.

Development team members, including Connor Waldron pictured right, have cut back hawthorn, elm and ash from around the castle as part of a tidy-up ready for Easter.

And the branches have been used to provide enrichment for several species, who have been tucking into the trees.

Team Leader of Ungulates Section, Jay Haywood, said: The native trees have been cut back from around the castle to tidy up the area and to make sure the view of the castle is not obstructed.

The branches will also provide additional food and enrichment for several animals including the Barbary sheep.

The sheep will strip the bark off the branches and this will give them extra nutrients in addition to their unusual food.

Other animals being given the branches include the capybara, reindeer, tapirs, wallabies, kangaroos, maras and giraffes. 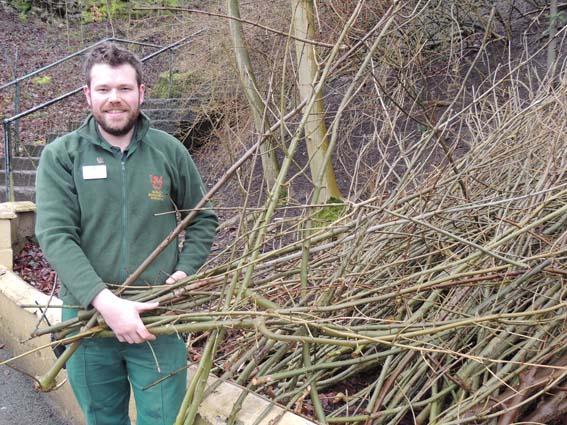 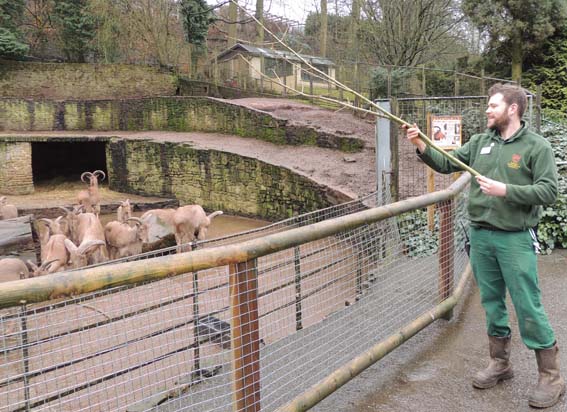 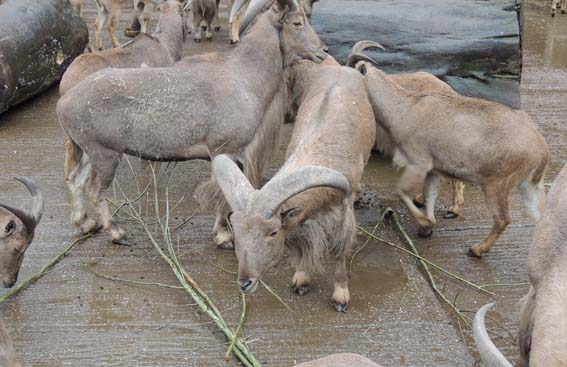