DZG meerkats had a tree-mendous time digging for grubs when old logs were added to their outdoor den. 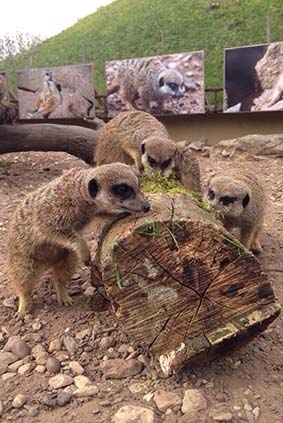 Senior Keeper Jodie Dryden brought in old rotten logs she had found fallen in the woods, shown left, and put them in the meerkats’ Tecton enclosure as an enrichment exercise.

She said: The logs were covered in moss and harboured lots of grubs so the meerkats had a marvellous time searching for treats.

It was also an activity which allowed them to display their natural feeding behaviour and it was wonderful to watch.

Jodie has recently returned to DZG after more than five years away working with primates at Drusillas Park in East Sussex.

She had relocated to Eastbourne but recently moved back to the Midlands.

The 24-year-old Senior Keeper started out with us as a Trainee Keeper in 2006 and returned this April to work on our Ungulates Section.

She said: Its very different to the work I was doing with primates, but it’s good to be back. The section I’m on now is so varied and really enjoyable. 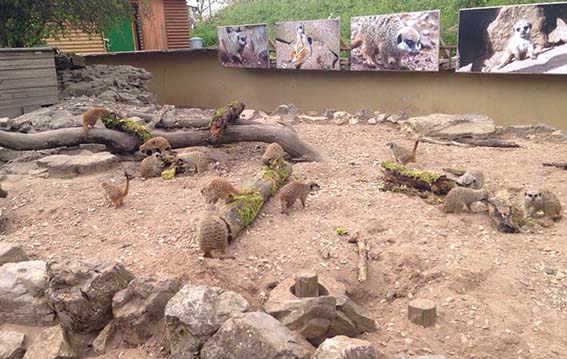 ABOVE: Bug hunt – Our meerkats loved searching for grubs in old rotten logs