Training is on target for Chester, our Colombian Black Spider Monkey, thanks to the efforts of Keeper Jade Reddall. 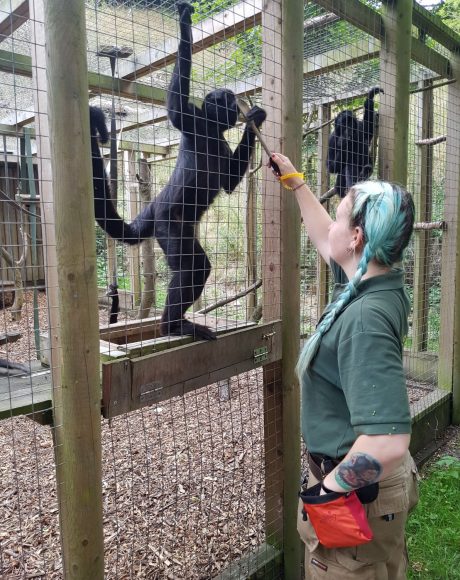 Jade said: “Whenever we have to try and give medication or do something to any of the other three monkeys in the group, he’s always there in the way!

“I’ve trained him to follow a target, so we can move him away to another side of the enclosure and tend to the others.

“When he follows and touches the target, he gets a small reward.

“I’ve been working with him for the last two months and it’s been really successful as Chester’s responded to it well.”