Chimpanzee Malaika has had an eventful few weeks. 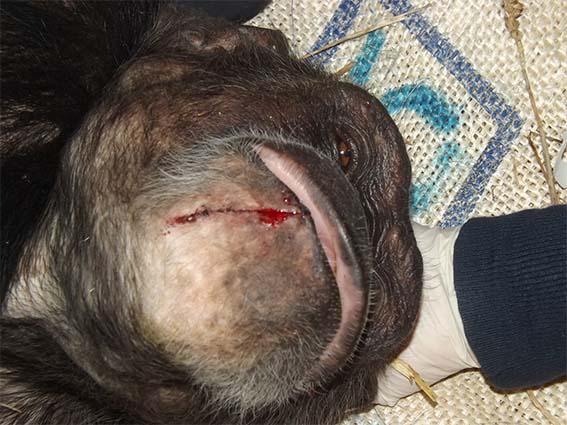 Keepers noticed the primate had cut her bottom lip and following veterinary advice she was anaesthetised to allow the wound to be stitched.

However, recent training by keepers ensured Malaika’s stress was limited.

Assistant Curator, Richard Brown, said: Primate keepers have been working with Malaika and her six sisters to make it easier for them to receive any medical treatment.

“The training really paid off as we didnt have to dart Malaika to sedate her.

Primate keeper Neil Flockhart simply called her down and asked her to present her arm, which the vet was then able to quickly and easily inject while I kept her attention with her favourite food.

The whole process was a lot safer and a lot less stressful for her  and the keepers.

Following seven stitches to her lip Malaika was left to recover under the watchful eye keepers, but soon returned to her normal self and was welcomed back into the group with big hugs from the rest of the girls. 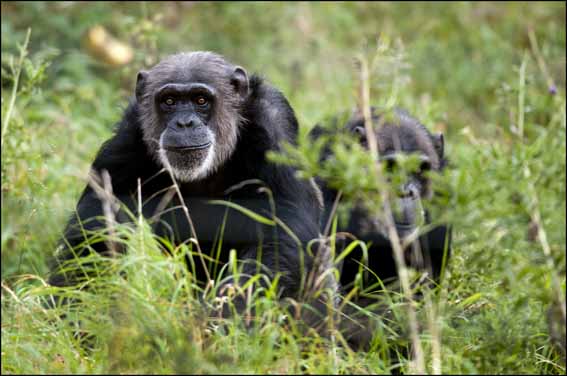 Malaikas ordeal was soon put behind her when she celebrated her twenty fifth birthday a few days later.

To mark her milestone celebration keepers filled large plastic tubs with her favourite food treats and wrapped them in birthday paper, which they then delivered to the chimps enclosure.

The girls all had a fantastic time unwrapping the gifts to get to the goodies inside and were even treated to a special birthday tea party at the end of the day, consisting of a chimp-friendly birthday cake made with baby food and chopped fruit, which they washed it all down with a sugar-free squash punch.