DZG is doing its bit to help victims devastated by Typhoon Haiyan in the Philippines by holding a fundraising tombola in the Safari Shop.

All money raised through the fundraiser will also be match funded by DZG and forwarded to the Philippines Typhoon Appeal, which is providing vital aid for tens of thousands of survivors. 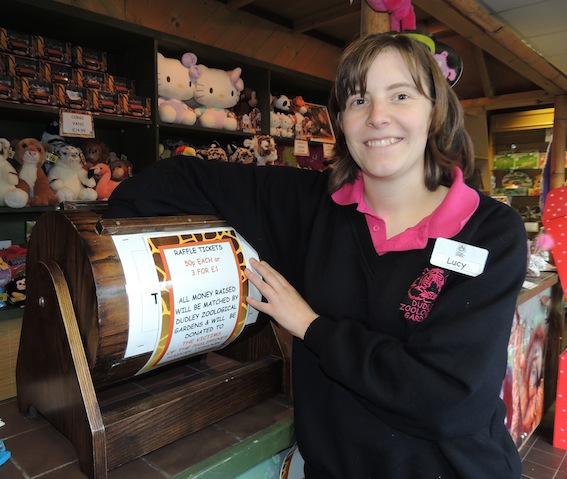 DZG Visitor Services Manager, Adrian Pace, said: After watching the horrific event unfold on our television screens on November 8, staff here at DZG were very keen to do something to help.

Visitors can help us raise as much money as possible by buying raffle tickets for 50p each or three for £1 in the Safari Shop for a chance to win a selection of cuddly animal toys, DZG sweets and stationery items.

Every penny raised through the tombola and matched by DZG will help international aid efforts in providing food and water and tarpaulin to the thousands of people made homeless by the typhoon.

Caption: DZG’s Lucy Diaper gets the tombola rolling to raise money for the Philippines Typhoon Appeal