When could be more perfect to p.p.pick up a DZG penguin adoption pack than today? – World Penguin Day. 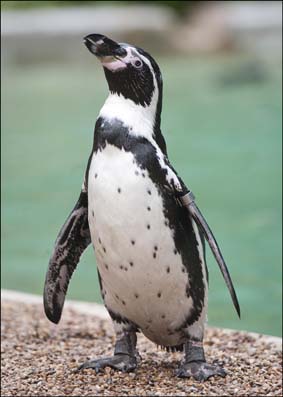 Following our success in the international breeding programme for Humboldt penguins over the last 20 years, we now have a 70-strong colony to choose from!

Back in 1991 we started our programme with just five hand reared chicks and today we are proud to boast one of the largest parent-reared groups in Europe.

DZG’s conservation programme has also been recognised by BIAZA (British and Irish Association of Zoos and Aquariums) and gained an award for sustained breeding. 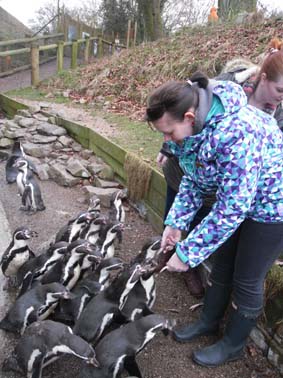 Humboldt penguins (Spehiscus Humboldti) are native to South America and named after the cold water current in which they swim.

The species is vulnerable due to a declining population caused by over-fishing and habitat desctuction.

To adopt one of our penguins CLICK HERE. The adoption pack includes a certificate, fact sheet, photo and zoo admission ticket.

Previous: Lucky and Marvin get unwrapping!
Next: DZGs decade of Lemur Wood