We’re tickled pink at the arrival of 20 flamingos to Dudley Zoo. 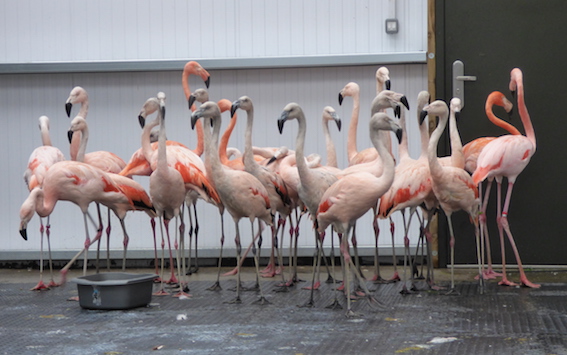 The Chilean species have arrived from Seaview Wildlife Encounter on the Isle of Wight, which has recently closed down, and they’re already settled in with our resident eight birds. 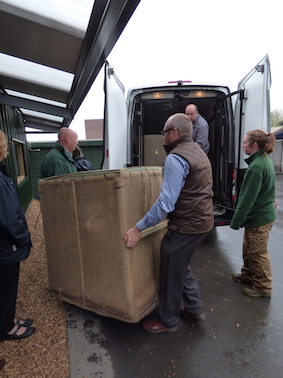 Zoo Manager Matt Lewis, said: “The flamingos are one of our most popular animals on site and have been a staple feature at the zoo’s entrance for many years, so it’s great to see the flock increased, especially as we’ve just opened the enlarged Flamingo Falls enclosure.

“They’re a mixed group of males and females, so their arrival puts us in a great place to enter into a breeding programme to increase our numbers even more.”

The group are aged between one and three years-old, so still have their juvenile plumage, which is grey in colour, although they’ll get their characteristic pink colour with their adult plumage, which is usually around their fourth moult.

The striking colour is also sustained by their diet  a red plant pigment called beta carotene, which is absorbed into their body and into their feathers.

The flamingos will remain indoors together today, but will hopefully be outside tomorrow  weather permitting!

Chilean flamingos, which are listed as near threatened, are native to the warm, tropical environments in South America, inhabiting muddy, shallow lakes.

They can be identified from their black flight feathers and their red wing coverts. 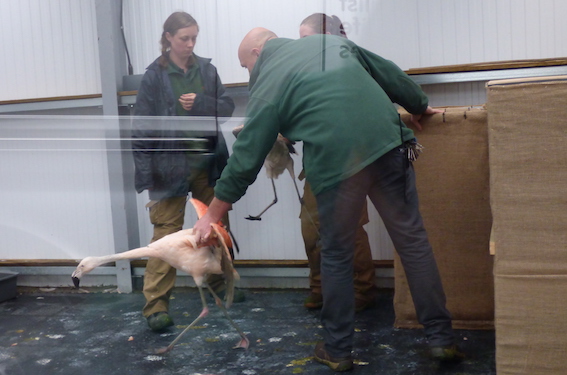 Previous: Sheep in the castle shadows
Next: Croc swap!