We’re continuing our look back at DZG life as part of our 80th anniversary celebrations and this month we’re showcasing our miniature railway! 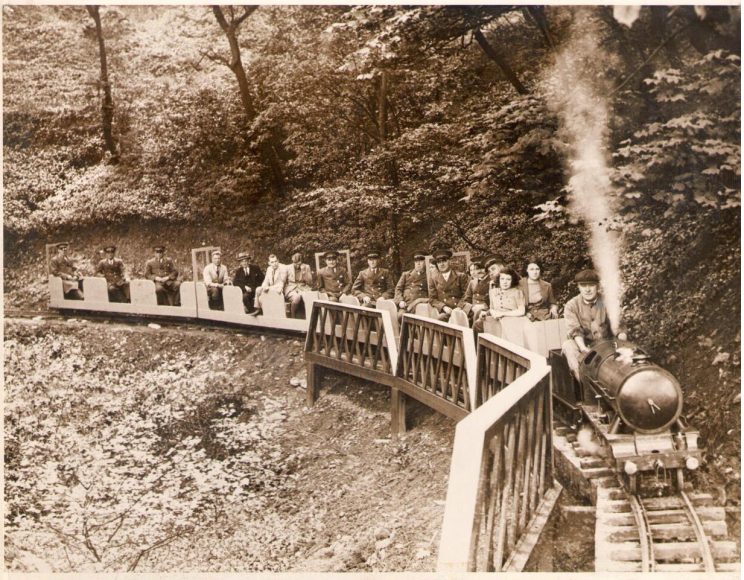 The £2,000 Dudley Zoo Railway opened in June 1938 and travelled one mile through wooded land from the Bear Ravine to the zoo entrance.

Each engine, which were controlled by retired Great Western Railway drivers, Frank Bellamy and Harry Rempton, could carry up to 150 people on ten tiny coaches and zoo staff took part in trial run journeys, before the railway was opened to the public – pictured top!

The line included a fully working signal system and turntables and there were even miniature platforms and bridges to pass over.

Following the war, the line was rebuilt and simplified, which meant the train used to run in reverse on the return journey. 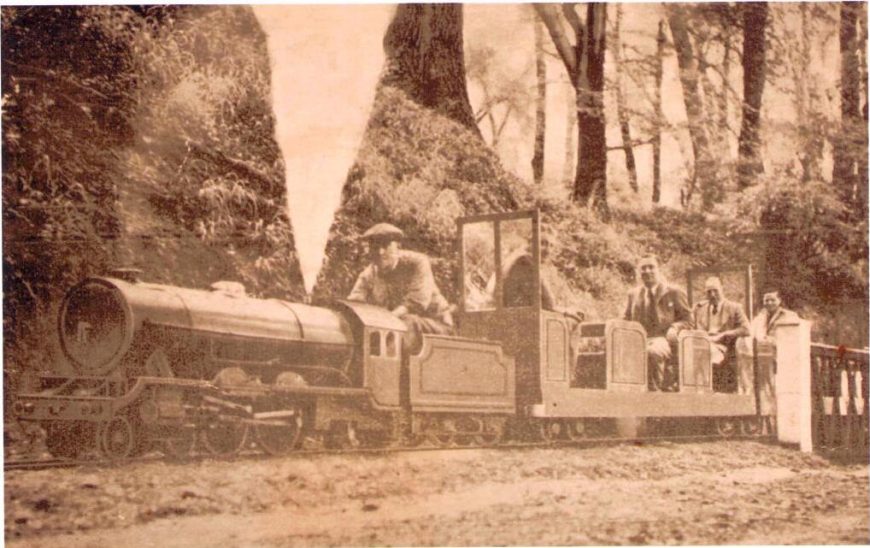 Over the next few years more trains were added to the railway, including diesel powered locomotives.

During the 1970s the railway was reduced in length and closed around 1974, before being re-opened again 12 months on, with an even smaller track.

And over the next decade it was restored to its original length, before finally closing in 1992.

Today we run our popular land train, Dotto, which carries thousands of visitors from the entrance to the heart of the zoological gardens in minutes.

And we’ve recently replaced the engine with a new red and white locomotive, which arrived from Alicante in Spain last month – and just like the miniature locomotive 80 years ago, DZG staff took part in trial runs up and down the hill too! 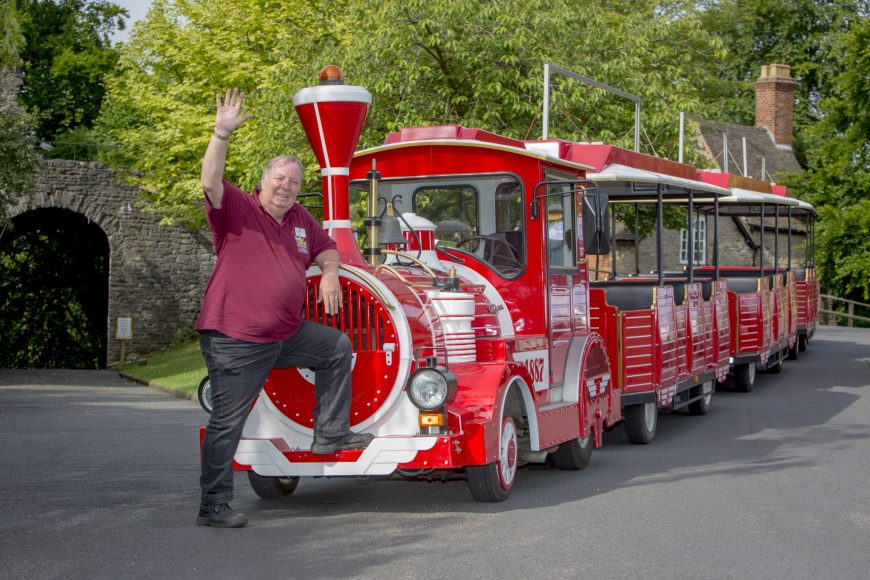