We’re dipping back into DZG’s photo archive as part of our 80th anniversary year and returning to the early 1970s, when hundreds of thousands of visitors would have seen one of our most notable animals… 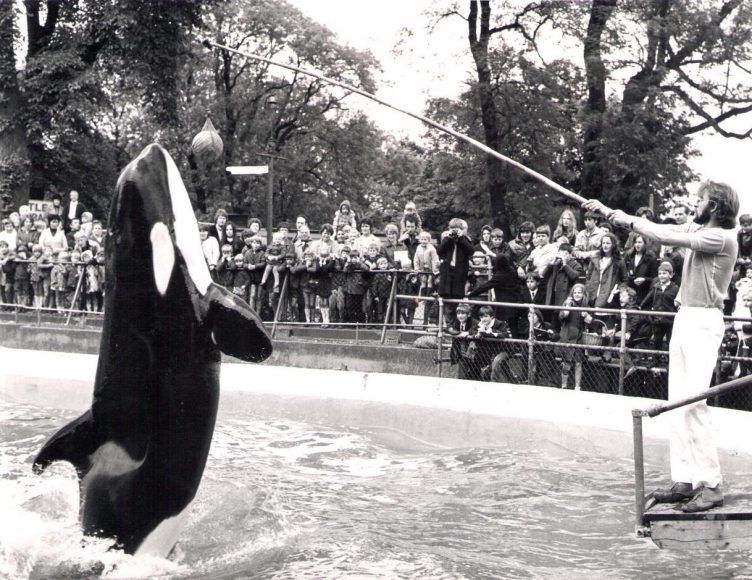 Cuddles the killer whale was transferred to Dudley from Flamingo Park, Yorkshire, in May 1971 by Scotia Pleasure Parks, who then owned both organisations.

The three-ton orca arrived on a specially designed whale sling, with a 22ft crane lowering him into his 150,000-gallon pool – pictured below – and visitors flocked to see him in the few years he was here. 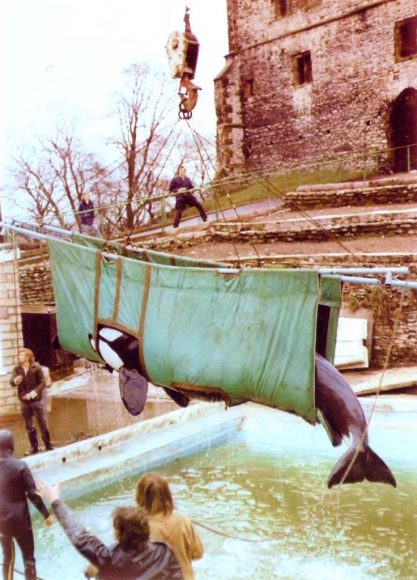 He died in February 1974 from natural causes, due to a burst abscess near his heart.

Zoo Director Derek Grove, said: “These days we wouldn’t even consider housing a killer whale and dolphins in the pools within the castle moat and strict criteria are followed to ensure that we create naturalistic habitats to meet the animals’ welfare needs, but at the time visitors flocked to DZG to see a killer whale, after only reading about them in books or seeing them on television and 43 years on we still get visitors remarking to staff about how they remember seeing Cuddles.”

The pool was returned to its original size and today forms one half of our moat pools for our four Patagonian sealions.

Previous: Funds for camels
Next: What great parties!