DZG has said G’day to three new Bennetts wallabies  a male, a female and a joey!

The three, who have joined us as part of a breeding programme, have doubled our numbers of the species – taking us from the three we already had, to six. 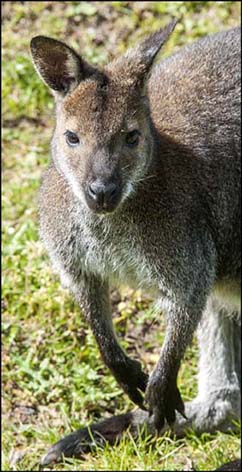 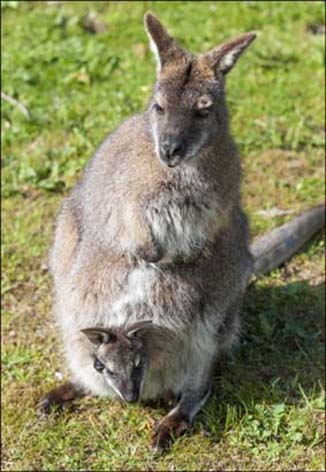 ABOVE: Sydney, pictured left, and Taz and her joey, right, are feeling right at home at DZG

The two-year-old male, called Sydney, came to us from Whipsnade Zoo and the five-year-old female, named Taz, and her three-month-old joey moved from Woburn Safari Park.

Section Leader Jay Haywood said the three had settled in well and were making friends in the group.

He said: “They are all doing well and getting to know each other. We don’t know the sex of the joey yet but will be able to find out as it starts to leave its mum’s pouch more.”