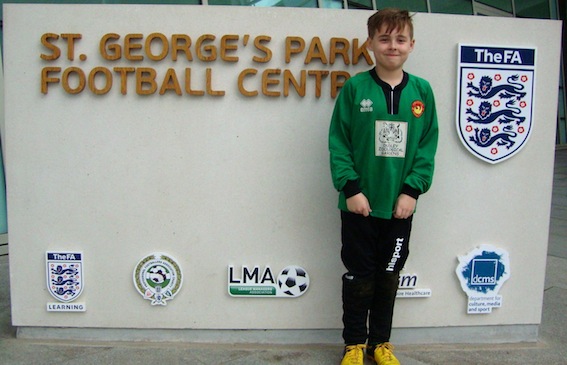 DZG is the sponsor of the Under 9 Phoenix Football Team’s strip, which features the zoo’s iconic tiger logo on the front.

During a recent goal keeping coaching session at the Burton-Upon-Trent training facility, the zoo emblazoned shirt was worn by the team’s nine-year-old goalie, Ben Grove – pictured above – who is also the son of DZG’s Senior Curator, Derek Grove.

Derek said: “It was wonderful to see the zoo’s logo in such a iconic sporting location. Ben is very proud to wear his shirt when he’s playing football, so it was extra special for him to wear it at the training base of English football.” 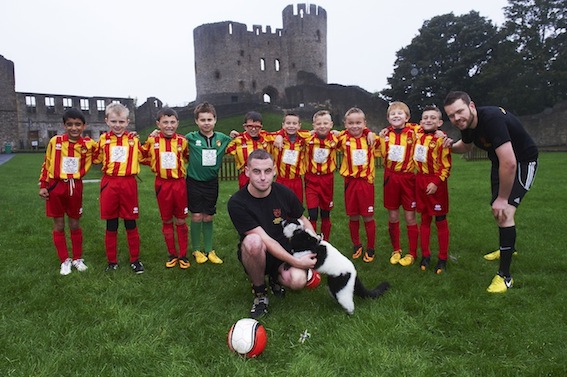 Under 9 Phoenix Football Team, who are part of the Stourbridge and District Youth Football League, are pictured with keepers and DZG football team players, Jay Haywood and Sam Grove.