Three months after DZG Curator Richard Brown came up with an innovative method of weighing our four spider monkeys, we have the proof  it works! 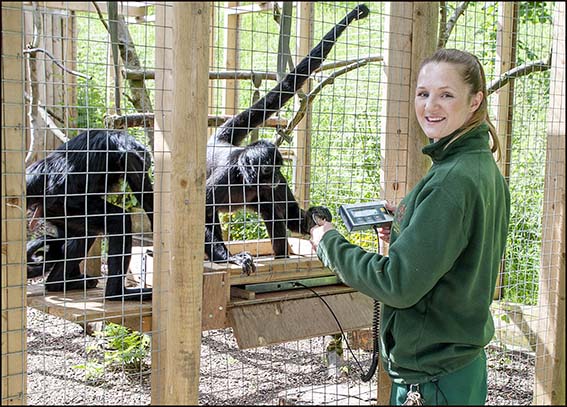 Lower Primates Senior Keeper Stacey Ball, pictured above, has spent weeks training Charlie, Chester, Valentine and Evita to hop on the scales concealed inside Richard’s box design, which is made to look like a shelf. 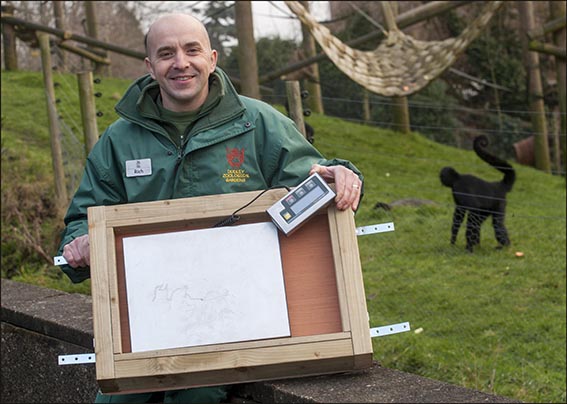 Stacey has managed to get each of the Columbian spider monkeys to take turns stepping on to the box and record their weights from the electronic display hidden out of sight underneath.

Previously the only way Keepers could record the animals’ weights was when they were sedated for medical treatment, as spider monkeys are naturally suspicious of things like scales. 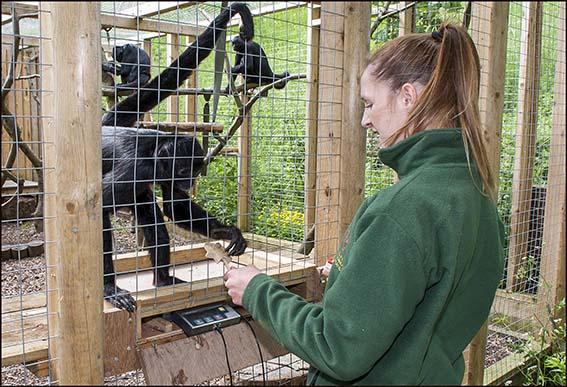 ABOVE: Clicking into place… Lower Primates Senior Keeper Stacey Ball has trained each of our four spider monkeys to step on to the scales by using a clicker and then rewards them with tasty treats

She said: “Stacey has worked hard using a clicker to communicate with the monkeys and tell them when they are doing what she has asked.

“She was determined to carry out this project with the spider monkeys after attending an international training symposium at Twycross Zoo.

“Stacey has done really well and now we can weigh our two boys and two girls once a month as part of their health checks.”