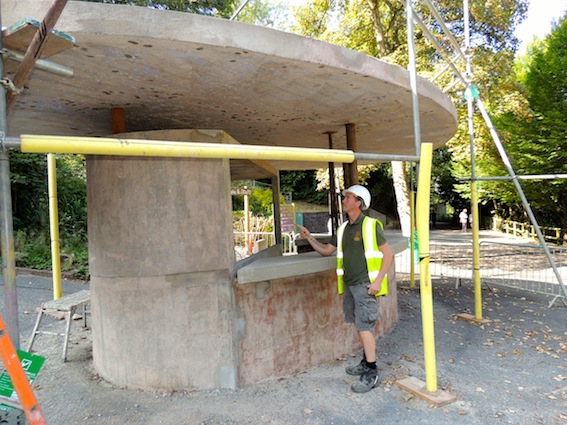 DZG Construction Supervisor, Carlo Diponio, pictured above by the cleaned kiosk, said: “We couldn’t believe how many layers of paint we were discovering. 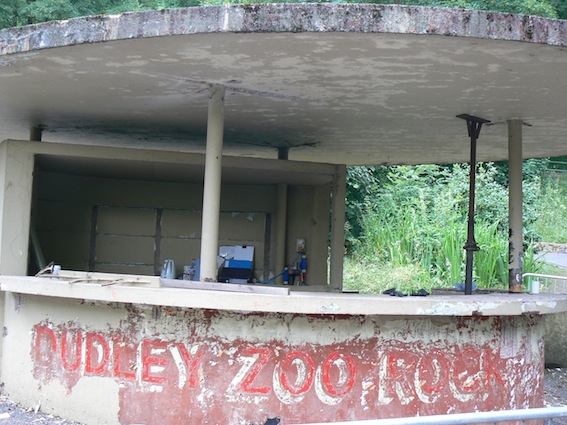 “Until now it has never been stripped back to its original concrete since it was built in the 1930s, and in seven decades it’s just been repainted over and over again.”

The team used spray heated steam and soda blasting to remove the paintwork without damaging the reinforced concrete, before scraping the remainder off by hand. 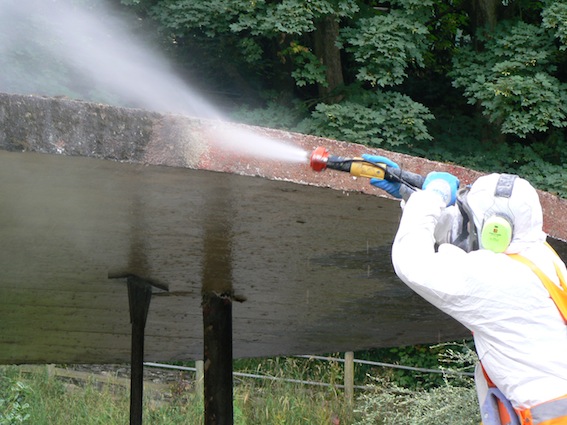 Carlo added: “As we peeled back the layers, there must have been at least four different sized lettering for Teddy Gray’s on the front and back of the kiosk, going back until we reached the original 1937 script and we didn’t uncover any until around layer seven. 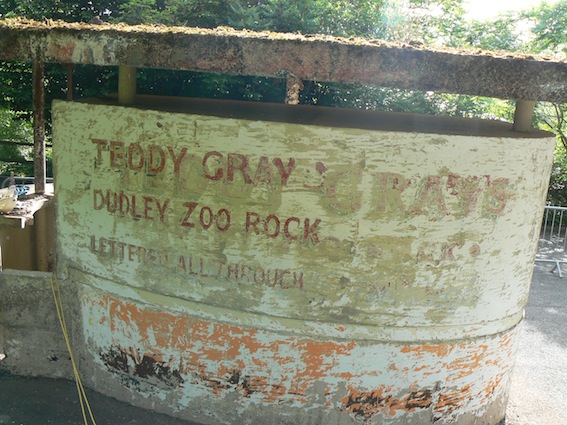 “And we discovered so many colours, including reds, blues, blacks and yellows, it was unbelievable to think we were unpeeling so much history with each layer.”

Dudley-based Teddy Gray’s sold ice cream and sweets from the kiosk from the day the zoo opened in May 1937 until the 1980s when a change in health and safety regulations prompted its closure.

DZG CEO Peter Suddock said the restored Kiosk One would be repainted with original colours, but would no longer sell sweets and instead form part of a Tecton exhibition, showing films of how the restoration work has been completed.

Mr Suddock, said: “The kiosk will be repainted to its original colour, which we believe was dark red with blue to the roof, and a signwriter will restore the original 1937 lettering to the front and back.

“A plasma screen installed into the kiosk will show footage documenting all restoration work aross the site.”

The work is phase II of the £1.15million Heritage Lottery Funded project, with the iconic zoo entrance and the Safari Shop already restored back to their former glory.

Restoration work on the Bear Ravine  considered by many to be the finest of Lubetkin’s Tectons within the 12-strong collection  is six months ahead of schedule, thanks to innovative tools designed in-house to ease the laborious task of patching-in concrete.

Construction Supervisor, Carlo Diponio, explains how work is progressing in the video below . . .