The final piece of scaffolding has been removed from DZG’s Tecton entrance as the iconic wave structure is restored to its 1937 glory. 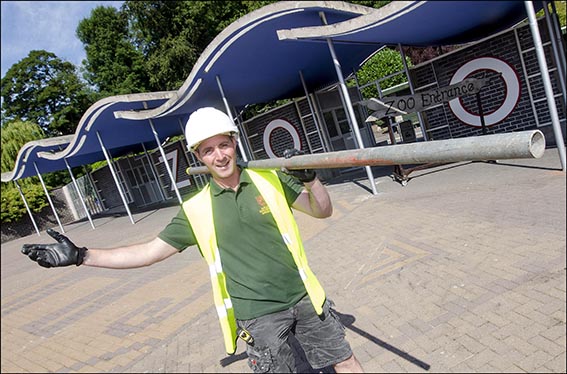 The concrete building is the second Tecton to be fully restored as part of a Heritage Lottery Funded project, following on from the Safari Shop which opened to the public at Easter, and brings Phase Two of the programme to its halfway point. 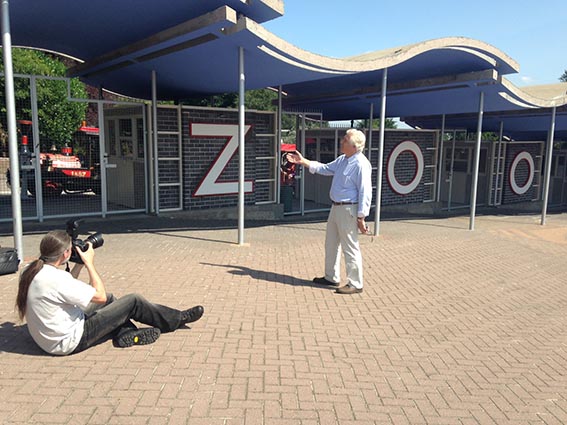 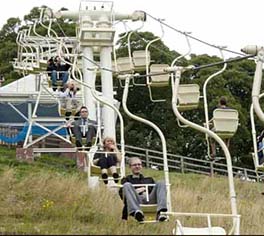 DZG’s 12 Tecton buildings  the world’s largest single collection  were designed by Russian architect Berthold Lubetkin and constructed between 1935 and 1937 using a pioneering system of reinforced concrete.   Heritage Lottery funding has enabled repair work to be carried out for the first time on four of the structures  the Safari Shop, the eye-catching Entrance, Bear Ravine and Kiosk One, affording them a new lease of life as part of the multi-million pound makeover.   The funds are part of a £1.15million HLF contribution that, alongside the four Tecton restorations, has seen the refurb of our 1958 chairlift and the launch of an apprenticeship scheme for concrete repair and conservation skills.   Phase One started with the restoration of the first passenger-carrying aerial ropeway to be installed in England. The country’s only vintage chairlift, it transports visitors from the zoo’s lower zone to the 11th century Dudley Castle on the upper level, within a two-minute journey, offering panoramic views across Sandwell to Birmingham, and was relaunched in August 2012. 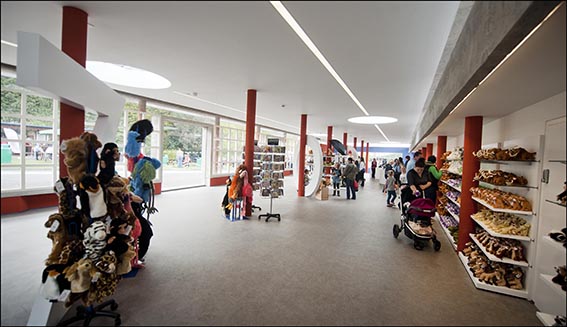 Phase Two has seen the restoration of the Safari Shop and Entrance and work has now transferred to the Bear Ravine and Kiosk One for completion in the autumn. 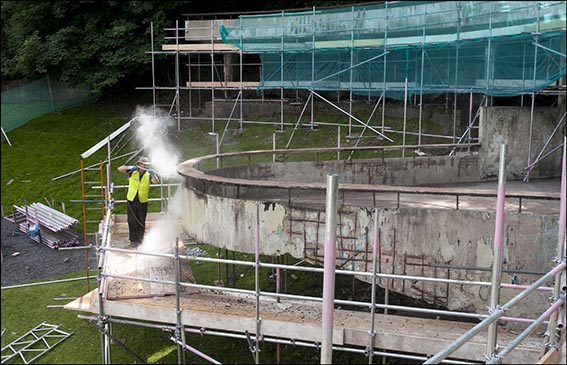 DZG CEO Peter Suddock said: “The completed Entrance and Safari Shop are stunning examples of Lubetkin’s work and we are confident once the Bear Ravine and Kiosk One are fully restored they will look equally fabulous against the backdrop of Castle Hill.”   Heritage Lottery funding is also supporting an apprenticeship scheme between DZG and Dudley College Construction and Building students for the repair of concrete using conservation methods. 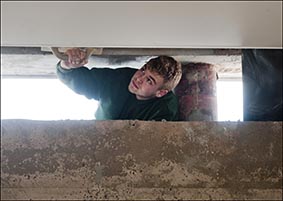 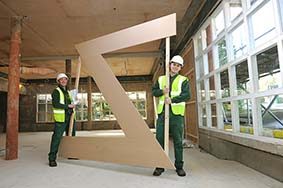 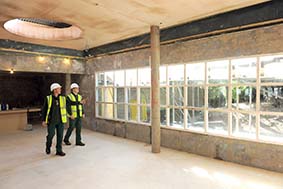 Previous: It’s going to be a grrreat day!
Next: Global Tiger Day success