Architects given a behind-the-scenes look at some of the zoo’s curvy concrete structures were fascinated by the iconic designs. 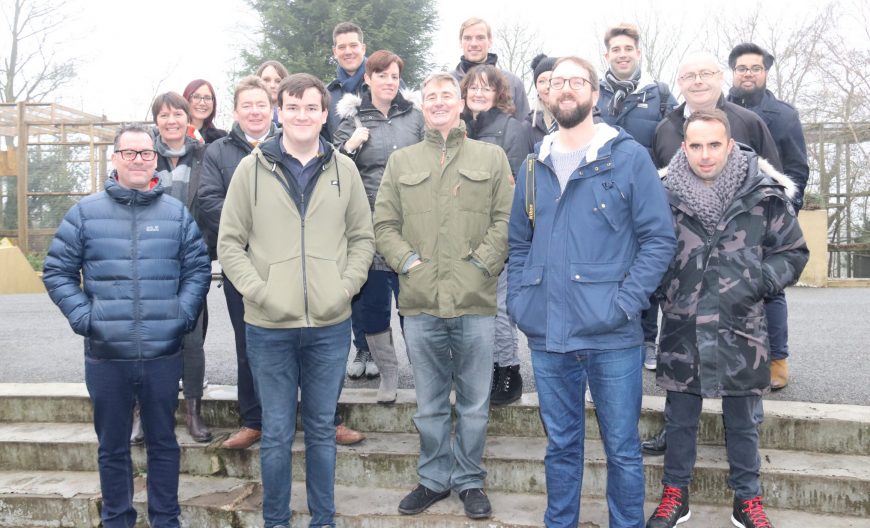 Director Terry Plant and staff from The Design Büro in Leamington Spa were given a tour of some of the 12 Tecton buildings by Zoo Director Derek Grove.

DZG has the world’s largest single collection of Tecton structures, designed by Russian architect Berthold Lubetkin and constructed between 1935-37 using a specialist system of reinforced concrete. 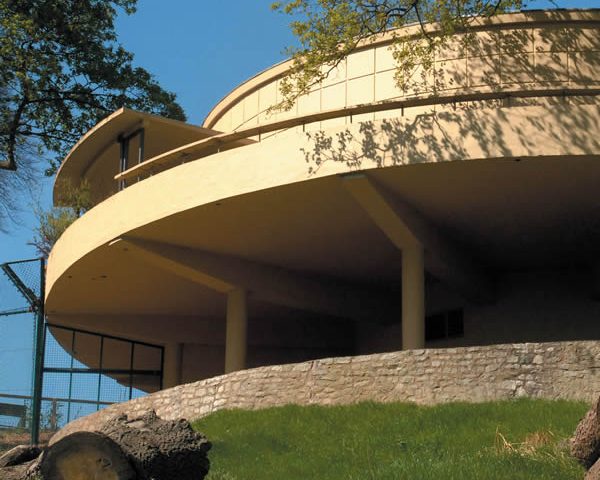 Terry said: “We had a fantastic tour from Derek who gave us special access to the Bird House, the Elephant House and the Discovery Centre which the zoo hopes to restore.

“It was amazing to see that these type of structures had survived but also how the concrete designs and shapes were built in the 1930s and how they weave themselves into the surroundings and sit so naturally into the landscape.

“We particularly loved the way in which the buildings were so full of movement. You can really see how the architects were renowned modernists, from the scope of design work created at the time.”

Derek said: “We’re glad Terry, his colleagues and family enjoyed their visit and grateful for their appreciation of our striking Tectons.

“We are hugely proud of the restoration work which has been completed on some of the buildings and hope to be able to return the remaining structures to their former glory one day.”

The group also enjoyed visiting our animal collection, especially the lemurs in Lemur Wood as the primates followed them around the whole walkthrough exhibit.

Restoration work has been undertaken on four structures – the Safari Shop, the eye-catching entrance, bear ravine and kiosk one – thanks to funding from Heritage Lottery. Repair work was also completed on the sealion pools and meerkat enclosure.