Diane and Susan Baker got a taste of the high life when they posed with a cake next to our male giraffe for a national nursing competition. 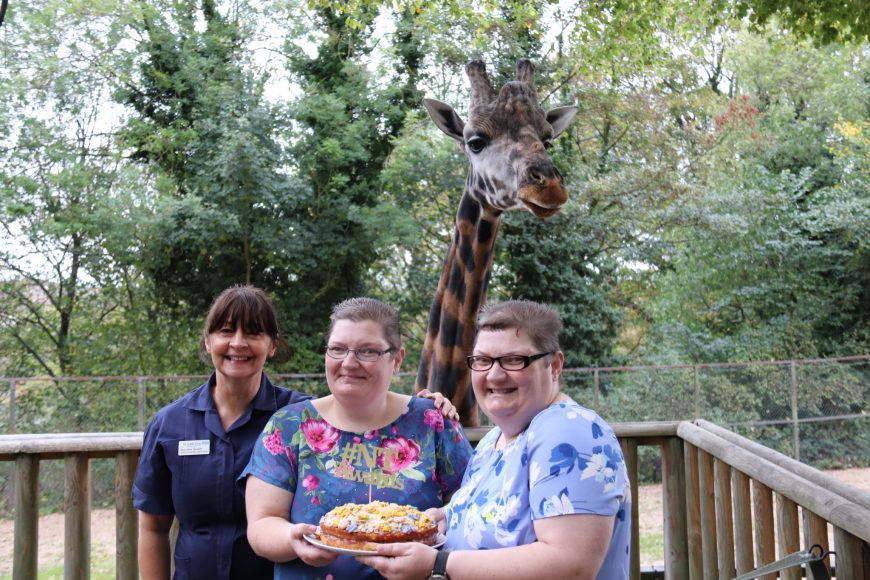 The 46-year-old twins – who act as real-life patients with learning disabilities in a ground-breaking NHS project in Dudley – were tasked with getting a photo holding a cake in an unusual place in a spin-off competition from the Nursing Times magazine.

And Dudley Zoo was more than happy to help, giving the sisters chance to show off their homemade animal-themed cake in front of our 17-year-old male, Kubwa.

Diane, Susan and Learning Disability Liaison Nurse Jacqui Howells, from The Dudley Group NHS Foundation Trust, have been shortlisted in the learning disabilities nursing category of the Nursing Times awards for the innovative project called The Learning Disability Simulation. 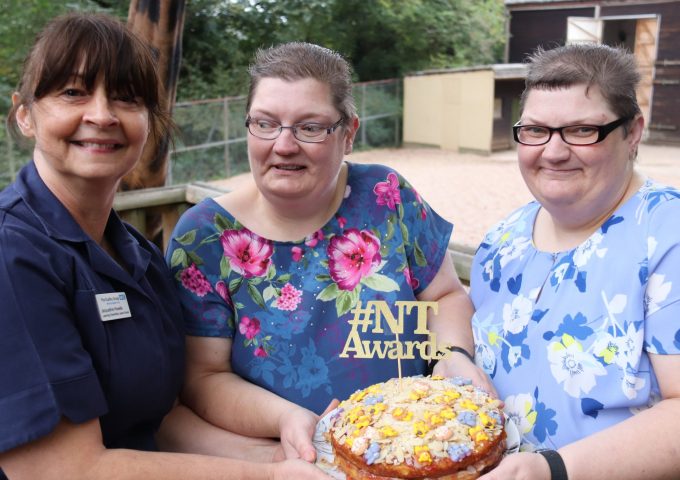 In a UK first, the 18-month project has seen Jacqui employ the twins to help train 80 student nurses and doctors on how to treat patients with learning disabilities.

Previously, and elsewhere across the country, actors and mannequins have been used by the NHS Trust in training, but Jacqui took a new approach. 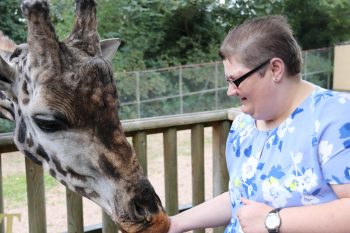 And Diane and Susan were put forward as the perfect pretend patients, as both live independently and have experienced hospital treatment themselves.

The training simulation all takes place in a mock ward at Dudley’s Russells Hall Hospital and the twins even wear their pyjamas for the role-play days.

Jacqui said: “Diane and Susan are the experts in how doctors or nurses need to deal with people with learning disabilities.

“The student nurses and doctors learn to talk to the twins in plain English when assessing their ‘pain’ and the twins soon put people right if the medical staff are not making themselves clear. It is a very memorable and effective training method.”

Winners will be announced at London’s Grosvenor House Hotel on October 31st and fingers crossed Jacqui, Diane and Susan bring an award home to Dudley.

Good luck from us all at DZG!

Previous: Giraffes from new heights
Next: Class of 1950