DZG’s six-month-old Brazilian tapir, Tallulah, has lost her camouflage stripes and spots  but it’s nothing to worry about. 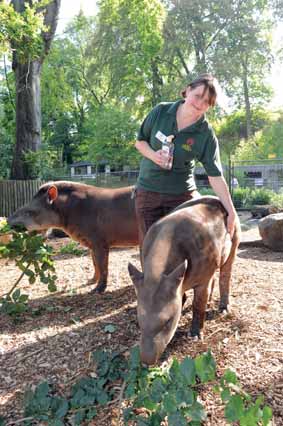 Keeper Jay Haywood explained:?”Baby tapirs are at risk of predators, particularly jaguars, and are unable to run away so they have a pattern of spots and stripes which mimics the dappled effect of sun shining through the canopy of the rainforest.

“If a jaguar turns up the older tapirs run to the river to escape and stay submerged in water until the danger has passed, leaving the baby camouflaged against the foliage.

“When young tapirs get to six months of age they are able to run into the water with mum and dad and no longer need their special markings.”

Tallulah, who was born in March, lives with mum, Meena, dad Chico, and older brother Ronnie. The species is threatened due to deforestation in the wild. 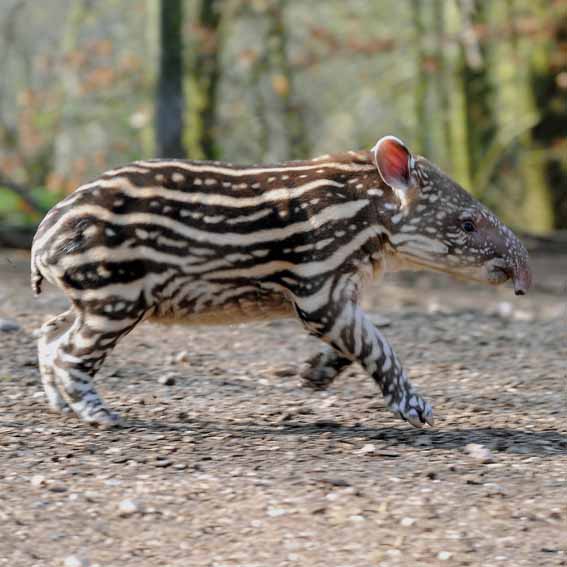 Previous: Monkey business for Mrs Elvis
Next: Surprise at birth of 19 boas