We’ve handed out £2,000 to the talented artists in our Tecton competition. 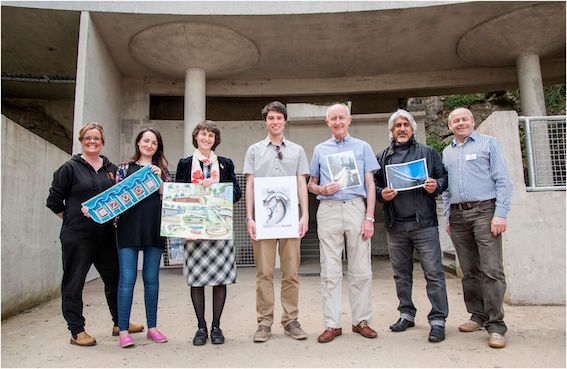 To celebrate the 80th anniversary of DZG’s revolutionary Modernist constructions  the largest single collection in the world  we launched a competition, in conjunction with Heritage Lottery Fund to give away £500 to two winners and £250 to four runners-up who artistically captured our iconic structures in either a photograph or a work of art. 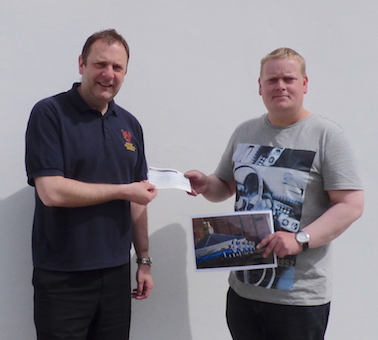 And we invited the winners and runners-up in to receive their prize money from Zoo Director Derek Grove on the site’s iconic Bear Ravine, which has recently been restored to its former glory as part of a £1.15m project, resulting in it being removed from the official Heritage at Risk Register.

The two winners of the photography and art competition  Kevin Bridgewater (pictured right receiving his cheque from DZ Finance Manager, Jonathan Ashfield)  and Phil Cooksey were each handed £500, while the runners-up  Siddique Hussain, Peter Walker, Wendy Priest and Sarah Lee-Field received £250 each and the group were also able to meet DZ Photographer Jason Skarratt and Graphic Designer Rachel Lane, who judged the competition.

Zoo Director Derek Grove, said: “It was a pleasure to meet the winners and thank them in person for their efforts  they were all very talented and produced stunning pieces of artwork and photographs of the zoo’s eye-catching structures.

“We’re hoping to install a temporary display of the winning entries, as well as showcasing some of the other submissions in the Tecton Interpretation Centre in the near future, so visitors can also see their work.”

There are 12 Tectons across the zoo site, created by Russian-born Berthold Lubetkin which are now recognised across the globe after being awarded World Monument status in 2009 and they’re also ranked alongside famous landmarks including the Taj Mahal and Machu Picchu.

Previous: Making nectar
Next: Lookout for the lorikeets!