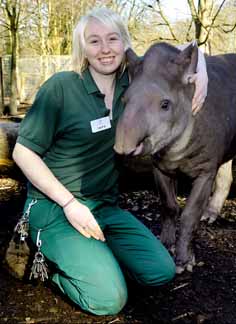 Two year-old Brazilian tapir, Tallulah, said ta-ra to her family as she left DZG for a new adventure at Longleat Safari Park in Wiltshire.

Assistant Curator, Richard Brown, said: “Tallulah has been moved to Longleat Safari Park, where she will join another female and a male as part of a breeding programme.

“She’s following in family footsteps, as Chico, her dad, was born at Longleat in 2002 before relocating to DZG two years later, so I’m sure he’s told her all about it!”

Senior Keeper, Laura Robbins says goodbye to Tallulah, before the DZG and Longleat Safari Park team – pictured below – load the tapir into the van. 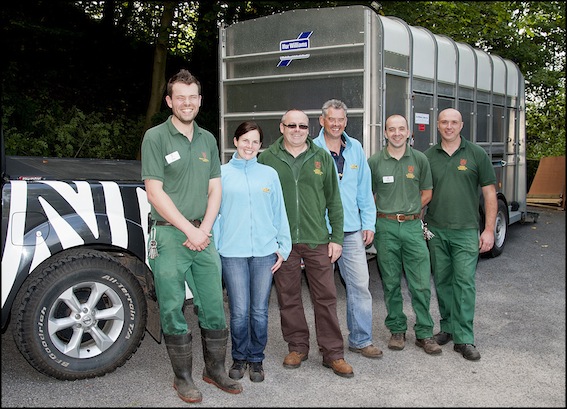 Previous: Another wild year!
Next: Funds from football