The birth of 19 boa constrictors surprised reptile keepers who thought mum had merely put on weight! 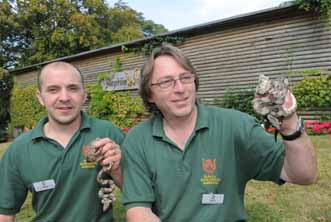 Curator Matt Lewis said that although the well fed female boa had been a bit subdued, her pregnancy had not been obvious and her baby bump’ went unnoticed.

Common boas do not lay eggs, but give birth to live young who are able to live independently immediately.

Matt said:?”It was deceiving because the snake was very well fed; with a thinner snake we might have noticed.

“The male and female had been together for a while without mating and it looked as if nothing was going to happen, but they managed to surprise everyone.” 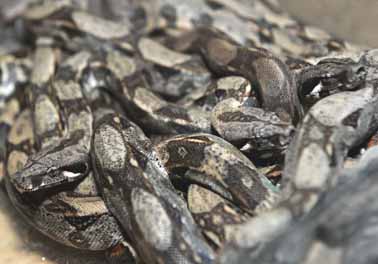 The youngsters are settling in well in independent sections of the Reptile House, and will be transferred to other collections.

Previous: Tallulah loses her spots
Next: Our visitor numbers are up!