DZG Presenter, Langan Turner, has become a surrogate mum to a tiny salamander, after a Wolverhampton supermarket discovered a surprise visitor. 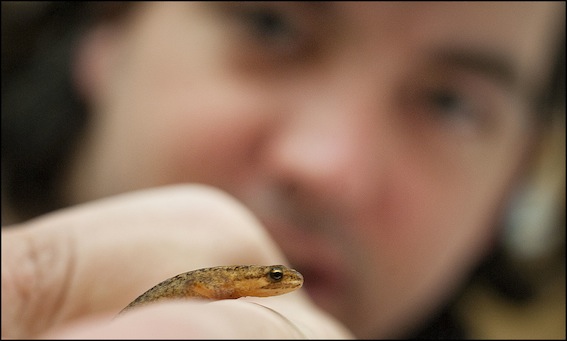 Langan received a call from the city’s Asda store after a customer discovered an illegal immigrant in his recently purchased sealed pack of bananas.

Langan explained: “Asda called for advice after a customer returned to the store with what they thought was a little lizard.

“They brought it to us in a staff member’s lunchbox and we discovered it was a salamander.”

Langan, who has taken the amphibian home where he is feeding it juicy fruit flies, added: “We think he’s from South America but unfortunately haven’t been able to identify the species of salamander.

“At the moment he’s settled in with me and I’ve named him Gulliver, because of his overseas travels.”

Previous: Name our beer!
Next: Letter of thanks from the Palace!