Our gardening team proved to be a cut above the rest when they were praised for their work in helping prepare the enclosure for our new Arctic foxes. 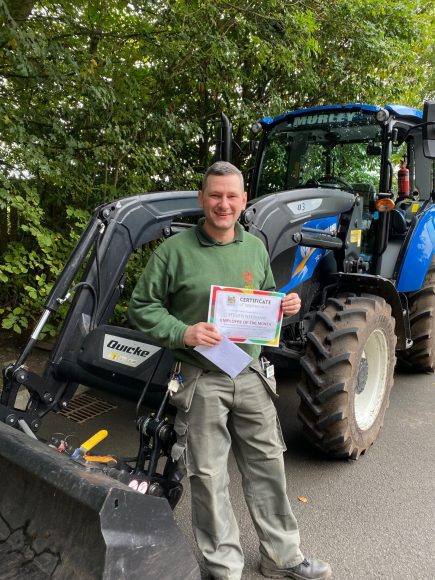 And one of our newest employees, Gardener Steven Needham, who has worked at DZG for six months, was even handed Employee of the Month, alongside a certificate and gift vouchers after impressing zoo bosses for his part in the task.

Zoo Manager Matt Lewis said: “The team worked really hard moving tonnes of woodchip around the site and into the Tecton enclosure in readiness for the new arrivals and Steven’s role in particular was really commendable.”

Previous: Hitting the road in style!
Next: Sad news about Romy