We had fun in the sun for the snowies on Saturday as we raised funds for DZ’s latest conservation project. 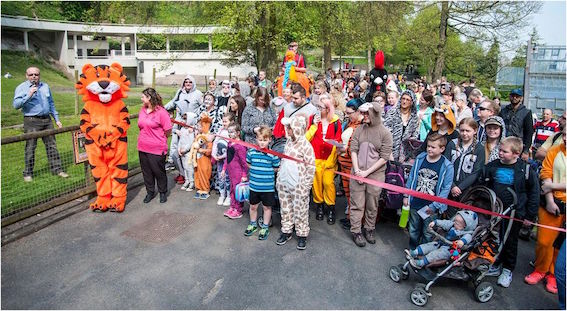 Around 300 supporters joined our Onesie Walk to help us pull in the pounds to extend the snow leopard enclosure  receiving a medal and certificate at the end for their fab efforts. 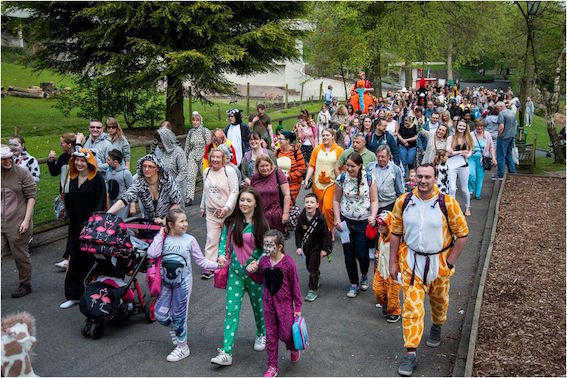 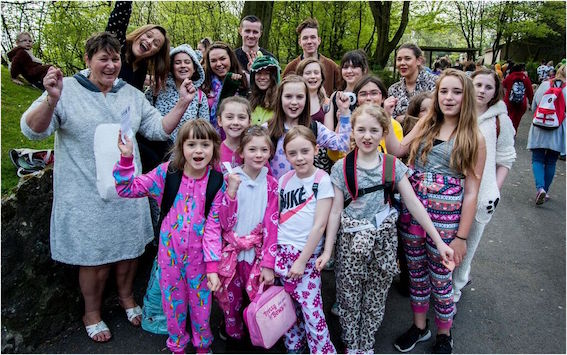 Zoo Director Derek Grove, who launched the walk at 11am by cutting the ribbon, said: “It was a fantastic day, the sun shone and the zoo was full of people wearing colourful onesies of all varieties of animal species as they tackled a 5km walk around the 40 acre site.” 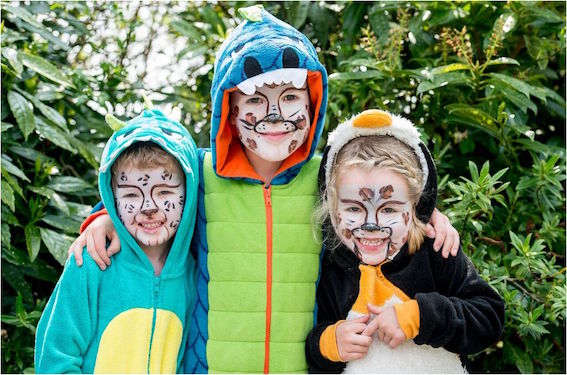 Three onesie-wearing youngsters get into the snow leopard spirit thanks to DZ’s face painting team!

Sponsor money from participants is still coming in, but all money will be spent on DZ’s latest conservation project to extend the snow leopard’s home to include a new viewing area and platform. 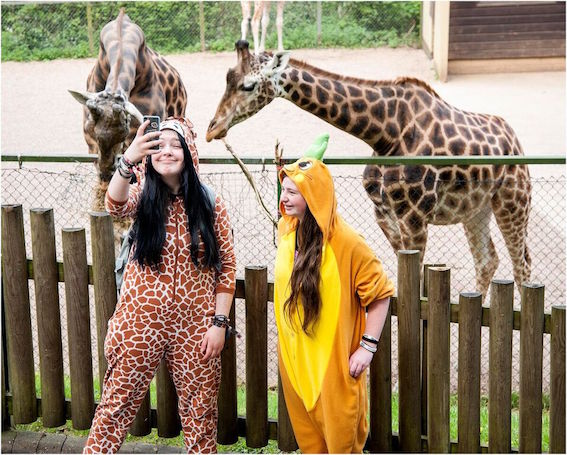 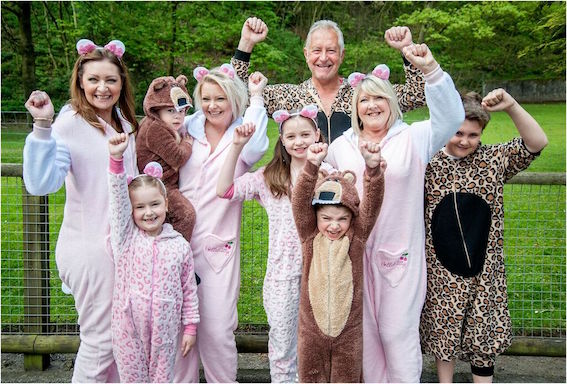 Derek added: “This is the third time we’ve held this fundraising event and it’s grown year-on-year. We expect to have raised thousands of pounds in aid of the snow leopard enclosure, which we hope to complete by next year, so a massive thank you to everybody for their support.” 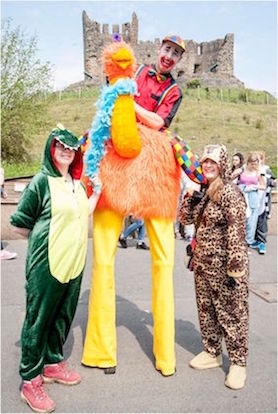 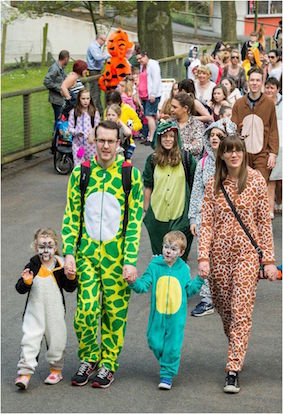 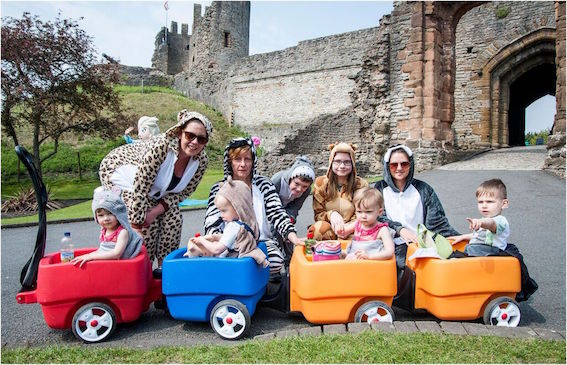 Any outstanding sponsorship can be sent to DZ Marketing Assistant Louise Curtis by post, phone or dropped into the Safari Gift Shop before the end of the month. 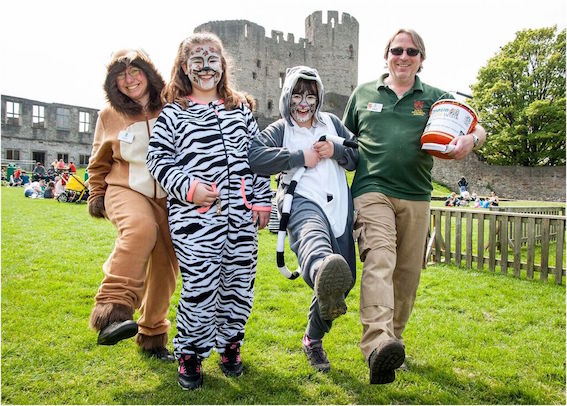 Watch some of the action in the video below…

The snow leopard enclosure appeal was also boosted by sales of raffle tickets throughout the day to win a close encounter with the stars of the show themselves  our three snow leopards Margaash, Nanga and Makalu. 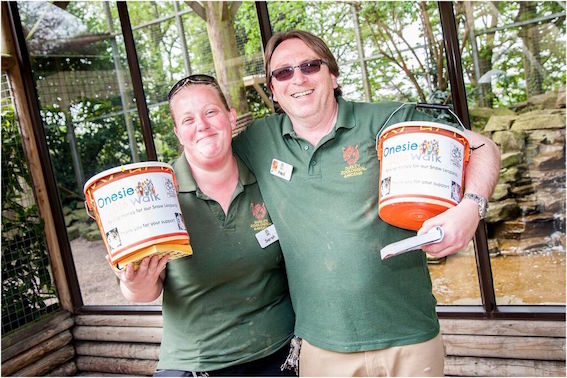 Big cat keepers Sarah Evans and Neil Flockhart, pictured above, spent their day off on site selling tickets to visitors, before drawing the raffle at 3.30pm.

And the lucky winner was Sylvia Iddon, who had travelled to DZ from Gloucester for the day, with her granddaughters, Charlotte and Katie and son, Stewart  especially to take part in the Onesie Walk, as 14 year-old Charlotte was a huge fan of snow leopards  raising a fantastic £144 in sponsorship for the appeal – and was even an adopter of Nanga. 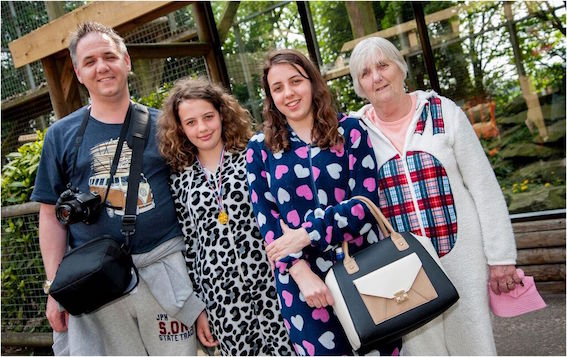 Unfortunately Charlotte and Katie, aged 12, were too young to take part in the big cat encounter but onesie-clad Sylvia fed Margaash and Makalu chunks of meat with keeper Sarah, who also went and spoke to Charlotte afterwards about Nanga and the boys.

Sylvia, said: “We’ve had a brilliant day out. We came to Dudley Zoo especially to do the Onesie Walk and to help raise money for the snow leopards, as Charlotte has adopted Nanga. 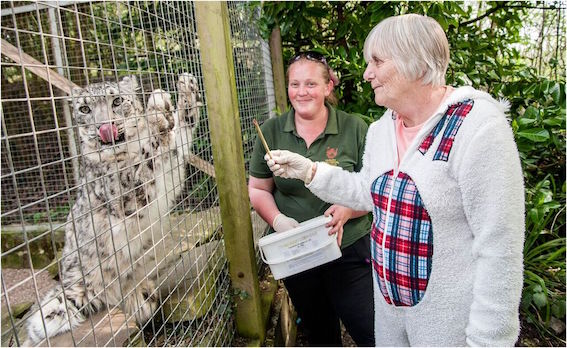 “We took our time doing the walk, so we got to see all the other animals around the

Previous: Monty’s mini-break
Next: Sheep in the castle shadows