Bornean orang utan Jazz had fun in the sun while Keepers were hard at work adding tonnes of new woodchip to her internal enclosure. 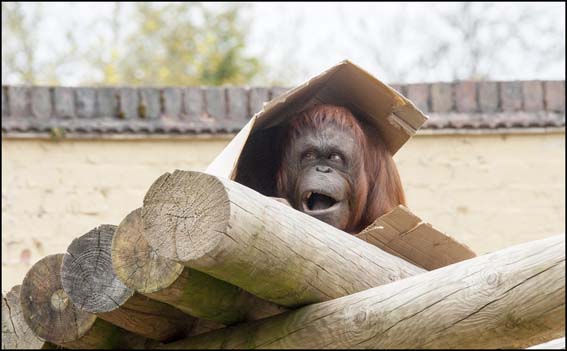 ABOVE: Ape-ing around – Jazz enjoys herself outside while her indoor area gets a makeover

Jazz lapped up the beautiful weather as a team of 10 keepers, including Sian-leigh Simner below, got to work spreading six tonnes of woodchip inside DZG’s Orang House. 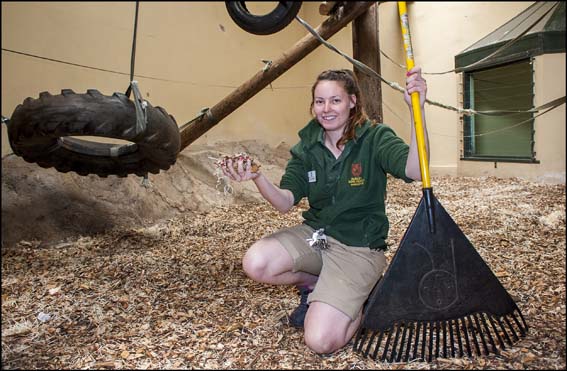 The woodchip was spread across the floors of the girls’ internal den, where Jazz and her four-year-old daughter Sprout sleep, Jorong’s den and the two large day areas.

Senior Keeper Sophie Dugmore said: “This was a big team effort and involved a group of 10 Keepers from several sections.

“We had two huge trailer loads of woodchip delivered which was spread across the floors of the two big day areas and the internal dens.

“It was a case of many hands made light work and the job was soon done.

“The orangs made the most of the lovely weather and then came inside to nice fresh dens.”

Previous: Bring in your bamboo!
Next: Lofty job of maintaining trees