Summer will be here all year round at Dudley Zoo  as it’s the name of our new baby macaque! 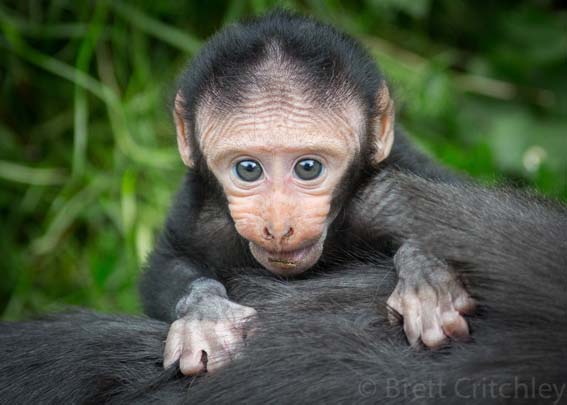 ABOVE  Thanks to Brett Critchley for the wonderful picture of Summer

Upper Primates Keepers discovered the little one was a girl last week and came up with the name Summer as she was born in the height of the season on July 21st.

The tiny Sulawesi crested macaque has been a hugely popular addition since she arrived and some visitors were lucky enough to witness her remarkable birth. 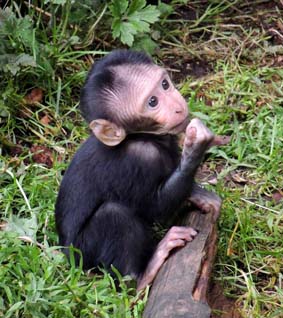 Summer, born to mum Jasmine and dad Simon, is the first macaque birth at DZG for three and a half years.

Head of Upper Primates, Pat Stevens, said: “She is doing really well and is coming off mum quite a bit now.

“We managed to determine she was female last week and came up with the name between us as she was born in the summer.”

These pink-bottomed, punk-haired monkeys are the most endangered of the seven macaque species  listed as critically endangered on the International Union for Conservation of Nature list.

Young animals are nursed for one year and become fully mature in three to four years, females sooner than males.

Previous: Delighted by daily deliveries
Next: Piles of pillowcases